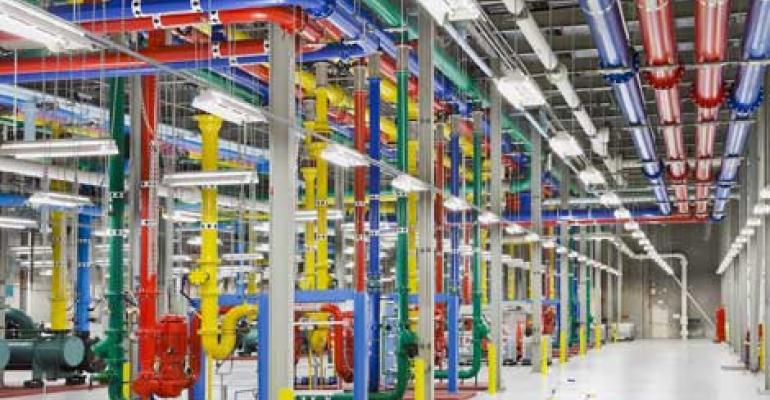 VMware is making four Google cloud services available on its vCloud Air hybrid cloud. The two are competitors to a certain extent, but the deal, announced Thursday, puts them both in better position to compete for enterprise cloud market share with Amazon Web Services and Microsoft.

Unlike Google (and AWS) VMware has a huge presence in enterprise data centers -- something it has been aiming to leverage by providing cloud services that integrate with customers' existing in-house environments. Microsoft is also leveraging its ubiquity in corporate server farms to push its Azure cloud services to enterprise users.

With a joint offering, Google's cloud has a foot in the door with VMware's install base, while VMware has the benefit of the massive scale of Google's data center infrastructure, making for a strong enterprise cloud play.

The deal also fleshes out the range of services in VMware's cloud portfolio. Its hybrid cloud has only been around since 2013, so the company hasn't had the time to build out its feature set to catch up with the market. Since price wars among the giants have made raw cloud infrastructure services a commodity, having a rich feature set is important to stay relevant in the space.

VMware will sell Google’s cloud storage, analytics, database service, and cloud domain name system for routing users to Internet applications. All will be available in the first half of this year. Pricing has not been disclosed, and more services are expected to be added in the future.

"Our collaboration will provide customers with a unique hybrid solution that combines the power and efficiencies of VMware virtualization and the hyperscale of Google Cloud Platform," Murali Sitaram, managing director of global partner strategy and alliances at Google, said in a statement. "As a result of this agreement, enterprise customers will be able to combine their VMware cloud environments with the security, scalability, and price performance of Google's public cloud, built on the same infrastructure that allows Google to return billions of search results in milliseconds."