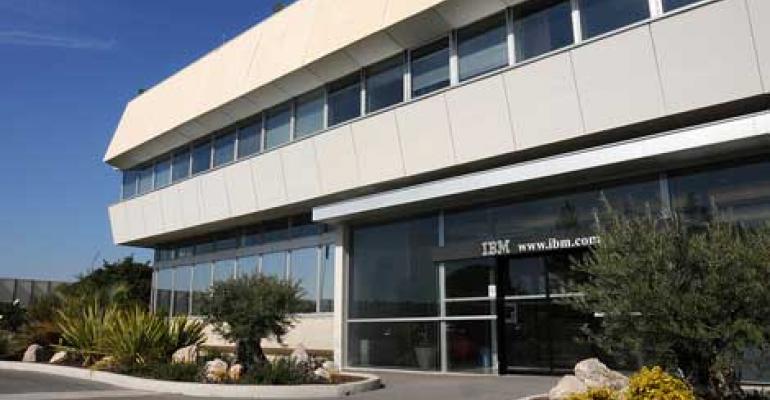 An IBM Power Systems Linux Center for developers, clients and partners in Montpellier, France. Like similar centers in Asia and North America, the Montpellier center is an immediate result of a 2013 initiative by IBM to commit $1 billion toward Linux ecosystem growth on IBM&#8217;s Power Systems. (Photo: IBM)
Blades

IBM, a long-time supporter of Linux, has been working with major distributions of the popular open source operating system, to make it easier for users to port their applications written for x86 servers onto IBM Power Systems.

IBM got out of the x86 server business just last year, after it sold its System x unit to China’s Lenovo for $2.3 billion. The company has since been placing a lot of focus on growing its business around the Power processor architecture and servers built on it.

The way IBM and the big Linux distros – Canonical (the company behind Ubuntu) Red Hat, and SUSE – are tackling the portability problem has to do with the way server platforms treat data stored in memory. Most Linux software is written for the x86 architecture, which uses the “little endian” approach to storing bytes in memory. The alternative is “big endian,” which has traditionally been used by mainframes and IBM’s Power architecture. (Detailed explanation of the difference here)

Power supports both endian modes, but until recently, the major Linux distros written for Power have only supported big endian. That has now changed. Canonical was first to launch a release of Ubuntu Server to support little endian on Power (Ubuntu Server 14.04) in April of last year, and SUSE rolled one out in October (SUSE Linux Enterprise 12).

Red Hat released its Enterprise Linux 7.1 Beta, the company's first distro to support little endian on Power, in December, and today IBM announced availability of that release through its Power Development Platform and at its innovation and client centers worldwide. The move essentially makes it easier for software vendors, enterprise developers, and individual developers to try it. IBM’s Power Development Platform gives developers free access to test Power servers over the Internet.

“With these resources, ISVs, in-house and open source developers have an opportunity to access and test the beta on their own, with additional toolkits created specifically for our Power community,” Doug Balog, general manager for Power Systems at IBM, wrote in a Thursday blog post.

IBM fist announced its hardware, software, and services would support Linux in 2000. Around the same time, the company committed to investing $1 billion in contributing to the open source project to make it more palatable for enterprise users. IBM Power5, launched in 2004, was the first Power system to support the 64-bit Linux kernel.

But the Power team at IBM has recently cranked up its focus on Linux. In 2013, the company committed another $1 billion to development of new Linux and other open source tech for Power Systems.