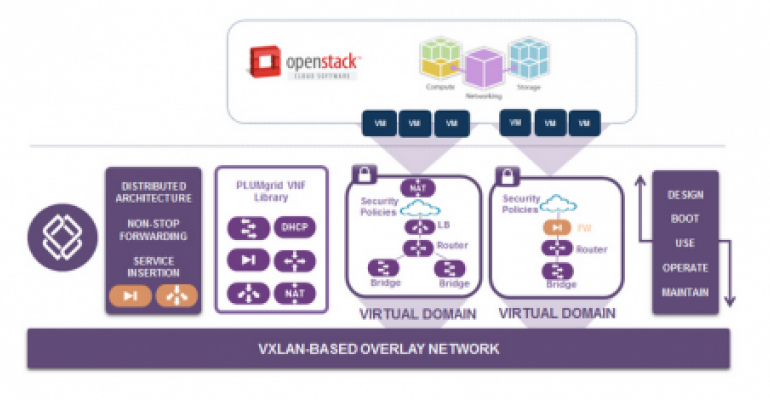 After many contributions to open source project, virtual networking firm makes it official

PlumGrid, provider of virtual network infrastructure for OpenStack has become a corporate sponsor of the OpenStack Foundation, which oversees the popular open source cloud software project. The company has long been a contributor to the project, but now it's official.

OpenStack is a widely supported and adopted package of software components for building and managing public and private clouds. PlumGrid has contributed code and reviews to the OpenStack network project Neutron, the image service Glance, the dashboard Horizon, and Nova, the compute component, among others.

PlumGrid ONS for OpenStack is a software suite that enables scalable and secure virtual OpenStack network infrastructure. Service providers and enterprises deploy it to enable scale-out architecture and secure multi-tenancy.

The OpenStack network software works with two popular enterprise distributions of the cloud software: by Red Hat and by Piston Cloud Computing.

OpenStack continues to receive diverse support from companies ranging from startups like PlumGrid to giants like Cisco and Dell. Security company Symantec recently joined the foundation as a gold member.

Started by Rackspace and NASA in 2010, OpenStack has matured substantially and will celebrate its fifth birthday with several mainstream production deployments.

"Formalizing our support for the OpenStack Foundation is the next logical step in our commitment to the project," Awais Nemat, co-founder and CEO of PlumGrid said in a statement. "Becoming a corporate sponsor demonstrates our commitment to helping harden and extend Neutron, while also offering our customers an ever-expanding knowledge base in delivering networking technology for high-performance OpenStack-powered cloud deployments."

Jonathan Bryce, executive director of the foundation, said corporate sponsors like PlumGrid help the open source project expand into the world of high availability applications. "The partnerships, technologies, and engineering expertise these sponsors bring to our community are critical to moving the project forward," he said in a statement.