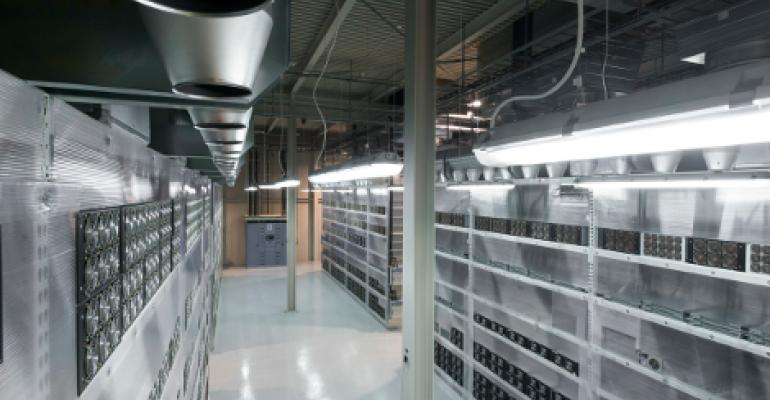 Developer ready to build out next phase on former NATO base

Verne Global, a U.K.-based data center developer with a massive data center campus on the site of a former NATO base in Iceland, has raised $98 million of equity funding in a Series D round.

The company has so far attracted more than a dozen customers to its facility, most of whom host high-octane computing systems for compute-intensive applications, such as big data analytics, predictive modeling, and video rendering. Iceland is attractive as a data center location primarily because of the abundance of low cost electricity and reliability of the national electrical grid.

Verne has designed the next phase of capacity expansion at its campus in Keflavik, just west of Iceland’s capital Reykjavik, and the new round will help fund the build-out. “This round of investment is just the capital that we need to continue to grow the business on that campus,” Jeff Monroe, Verne CEO, said.

All previous investors participated in the round, and one new one came on board. The new investor is Stefnir, an Icelandic asset management and private equity firm that manages investment for numerous major pension funds in the country.

Verne CTO Tate Cantrell said the reason Wellcome Trust got interested in data center investment was that the charity saw scientists spend much of the grant money it awarded on data center capacity.

The trust remained the biggest shareholder after the most recent round.

Novator Partners and General Catalyst, who, according to Cantrell, were the data center developer’s founding investors, also participated in the round.

Of the dozen or so existing customers, the company has publicly named seven, including BMW, data center service provider Datapipe, and RMS, which designs software that analyzes risk for insurance companies.

According to Cantrell, most growth for Verne comes from high performance computing workloads, and those types of workloads represent the bulk of capacity currently deployed at the campus.

Electricity in Iceland is relatively cheap and abundant. It is generated by hydropower and geothermal plants, which makes it more environmentally friendly than fossil energy.

Not only is the cost low, it is guaranteed to stay low over a long term, up to 20 years, Cantrell said. Such long-term price stability is impossible when a power company relies on fossil fuels, whose prices are volatile, he explained.

The only cost risks associated with power in Iceland are the costs to operate hydropower plants and the investigative costs associated with geothermal energy. “That can be pretty well amortized into the future development and growth, so [the cost] is very predictable,” Cantrell said.

There is about 2.5 gigawatts of power available on the national grid, even though there are only about 320,000 people living on the iseland. The grid itself is highly reliable.

The main reason for the abundance of power, the predictability of pricing, and the reliability of the grid is the industry that is the predominant energy consumer in Iceland: aluminum smelters, Cantrell said.

These customers operate buildings that can demand as much as 500 megawatts. They deal in commodities, so when they invest in a costly construction project that is going to churn out a commodity over a long term, they need to be able to predict their long-term costs.

Power reliability for aluminum smelters is paramount, since the buildings don’t have diesel generators for backup. If power goes out, electrolysis, the process used in aluminum extraction, stops. “The actual smelting pot can start to freeze, and you’ll lose your investment,” Cantrell said. “So, it’s not an option for them to go down.”

The government and the power companies in Iceland had to commit to ensuring that the electrical grid was extremely reliable to get the aluminum companies to build their plants there.