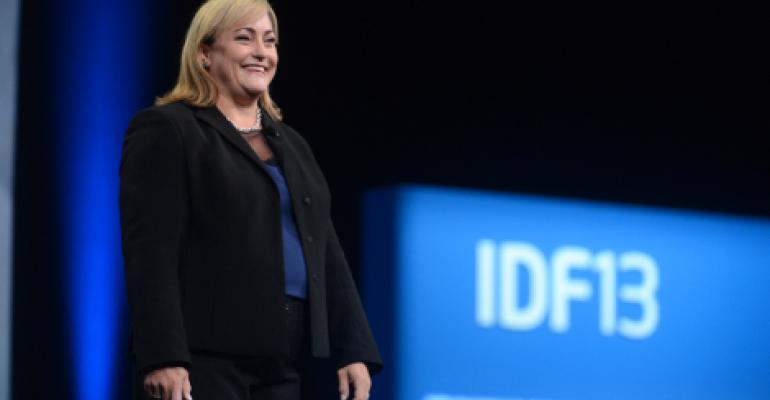 Intel President Renée James has been appointed as vice chair of the industry committee that advises the U.S. president on reliability and security of the nation’s telecommunications services, the company announced this week.

President Barack Obama appointed James as member of the National Security Telecommunications Advisory Committee in 2013. She is now in the second-highest role on the committee after committee chair Mark McLaughlin, president and CEO of Palo Alto Networks, a Silicon Valley network security company.

James has been at Intel for 25 years. Before becoming the semiconductor giant’s president, she led its software and services group, and prior to that, she served as chief operating officer of the company’s data center services business.

Early in her career, James was chief of staff of former Intel CEO Andy Grove, a legendary Silicon Valley figure credited with being one of the leading minds that made Intel into the giant that it is today.

Former president Ronald Reagan created NSTAC in 1982. It is essentially a panel of telecommunications industry experts that evaluate effectiveness of the government’s programs that have to do with protecting communications infrastructure that affects national security and to examine technological feasibility of new programs.

One recent example of NSTAC’s work is a 2014 report on the potential impact of the Internet of Things, or Industrial Internet, on the government’s national security or emergency preparedness telecommunications systems. Also in 2014, the committee started work on a set of recommendations to improve the government’s ability to respond to what the government refers to as “low-probability, high-impact” cyber-attacks.

All panel members are appointed by the president. Other members on the current panel include Scott Charney, a corporate vice president at Microsoft, Glen Post, president and CEO of CenturyLink, and Akamai Executive Vice Chairman Paul Sagan, in addition to top execs from Verizon, AT&T, Ciena, Ericsson, and Avaya, among others.