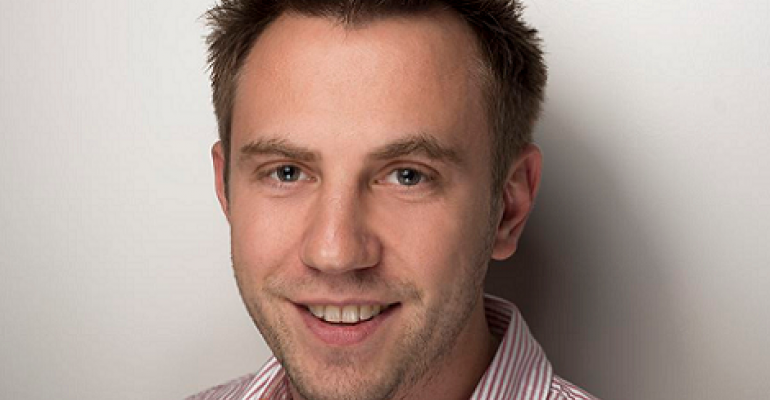 DigitalOcean co-founder and CEO Ben Uretsky explains that the the cloud hosting market can be disrupted.

Since its launch in 2011, DigitalOcean has grown considerably, with its Infrastructure-as-a-Service offering centered around its virtual servers or “Droplets” quickly becoming a favorite of developers.

Before the close of 2014, became the world’s third largest web host. The New York City-based company (which has US data centers in NYC and San Francisco) has also launched data center locations in Singapore, London, and Amsterdam.

Many observers wondered how a startup could gain so much market share and grow so quickly in a web hosting market that seems to require enormous capital expenditure. It also competes for customers from some extremely competitive players such as Microsoft, Rackspace, SoftLayer, Amazon, and Google.

In an interview with the WHIR, DigitalOcean co-founder and CEO Ben Uretsky explains that the cloud hosting market can be disrupted.

Even with all the talk about the centrality of cloud to these businesses, many of the companies providing cloud offerings aren’t pure-play cloud providers. For instance, Amazon had originally built its enormous server farms to underpin what’s become the world’s biggest ecommerce business, and Amazon Web Services, which offers public cloud services, can be seen as an offshoot – a way to monetize unused IT resources. Rackspace is another example, having been a dedicated server and managed services provider before entering the cloud space.

In a way, these companies are at a disadvantage compared to providers who are more focused.

DigitalOcean’s offering is based around a single product: the Droplet, a virtual cloud instance that is available in different sizes and for a monthly fee that’s lower than many of its competitors.

While Amazon might have low prices in its retail division, it’s not true of their cloud hosting. And while businesses get access to greater scale and capacity through using AWS, it can often cost more than building it inside a traditional colocation environment. And it still requires staff who are able to navigate its many services. “Today, AWS is still a fantastic option for enterprises and large-scale businesses that have the operational team – the people that can wrangle the cloud resources, and ultimately the systems and the software,” Uretsky says.

Organizations often find the AWS pricing structure, which varies based on factors such as service and region, difficult for predicting their eventual cloud costs, and often necessitates outside help to manage their AWS hosting.

“Where we saw an opportunity for DigitalOcean was to be the exact opposite of AWS has become. As an individual developer, you don’t have the same resources to figure out the complex ecosystem that AWS provides…not to mention, Amazon wants to lock you into their ecosystem as much as possible, so they brand everything under their own terminology. So, all-in-all, you walk away extremely confused and frustrated. And that’s where we saw the opportunity.”

Also, while it might seem that larger companies can take advantage of their buying power by getting better prices on IT equipment such as servers, Uretsky says that it’s often negligible – perhaps 10 to 15 percent cheaper.

“The economies of scale in Internet infrastructure are actually not that advantageous… everyone pays roughly the same amount for silicon, memory and storage. And also, we’re all buying the same commodity components, so nobody has a significant price advantage over someone else, nor a performance advantage.”

And, as opposed to building its own facilities from the ground up, DigitalOcean has been expanding through established data centers. This allows it to enter new markets in highly connected facilities more quickly and cheaply, and without having to deal with air conditioning, security, and other issues with operating a data center on its own.

Looking “Down the Stack” for Improvements

Hosting services such as Flywheel have built hosting services directly off DigitalOcean which are aimed at less technically-savvy users. But while there are clearly opportunities to cater to a SMB market, DigitalOcean is unlikely to deviate from its IaaS service in the immediate future.

“Today, our ambitions really lie with the low-level server infrastructure first, and we think we have a lot of ground to cover in that space,” Uretsky says. He notes that he sees storage and network improvements that could be made by moving towards a more software-defined environment.

A recent $50 million credit facility from Fortress Investment Group will help DigitalOcean spend the R&D and engineering time on refining its networking with a focus on SDN and VPN capabilities, as well as firewalls and security groups.

In terms of storage, DigitalOcean only provides local storage at the moment. Still, using SSD storage exclusively deals with many of the potential performance issues, and DigitalOcean can also constrain and migrate obtrusive server workloads to where they don’t affect other users.

Also, with its 350,000 customers, there’s a “randomized spread across hypervisors” and a “long-tail of users with substantially smaller needs” that reduces the likelihood that a high-usage customer would have a huge effect on performance.

Even still, DigitalOcean is undergoing major hardware and network upgrades that will come into effect in the first half of 2015.

While there’s a clear focus on low-level architecture, Uretsky says DigitalOcean will likely work on upstack offerings, but in its own unique way. “We do have ambitions of going up the stack, and building some platform-like features.”

For instance, WordPress and other common hosted services can be easily installed using a “one-click install” utility.

But, he notes, the company doesn’t see these capabilities as developing into new services that will cost more. “The platform will be a value-add but it won’t necessarily cost a customer any more.”

Cyberattacks and Malicious Users are Huge Pain Points for Hosts

It should come as no surprise that Distributed Denial of Service attacks have had a hugely deleterious effect on web hosts. For instance, last month Rackspace’s DNS servers in two regions were hit with a flood of DDoS traffic. Additionally, the size of DDoS attacks has risen dramatically in the past few years to the point where Akamai recorded 17 attacks exceeding 100 Gigabits per second in Q3 2014, including one peaking at 321 Gbps.

Remaining secure from DDoS threats has been a gradual learning process for DigitalOcean.

“On the denial of service attacks, we’ve suffered a tremendous number of incidents,” Uretsky says. “When we deployed Singapore, someone really had it out for us. We were getting multi-hundred Gbps attacks week after week, and that really pushed us to progress our security story on the network side. And luckily we emerged out of that, but it was really touch and go in the first three or four months, but it really allowed us to gain the knowledge that we were able to spread to the rest of our data centers and secure our perimeter.”

The company deployed a number of systems layered on top of one another to protect customers, and also rolled out a highly secure configuration of its edge routers.

But beyond outside threats, users may have malicious uses in mind when they create hosting accounts. This is a huge issue for web hosts.

“With individual accounts, we go through multi-step verification process, so we’ll have a bunch of flags and filters and if you get caught in that web.” The approach has been to layer verification tools and technologies on top on each other, and add some in-house filters.

Uretsky says, “In the past we’ve had a third of our sign ups on a daily basis attributed towards malicious users, so we’ve really progressed substantially.”

Uretsky says 2013 was about keeping up with customer growth and infrastructure expansion. 2014 was about catching up in terms of hiring and organizational structure. 2015 is about building a powerful engineering team as well as developing the leadership and the processes to fuel the company’s continued growth.

And this means making its Droplet product even better, and even moving beyond the Droplet. DigitalOcean is focusing on product development, and delivering on customer requests.

“We only delivered a single product to date in a meaningful way, and that’s the Droplet,” he says. “There’s so much more that our customers are asking for, and I can’t wait to deliver that.”

This article originally appeared at: http://www.thewhir.com/web-hosting-news/digitalocean-co-founder-ceo-ben-uretsky-finding-place-cloud-hosting-marketplace