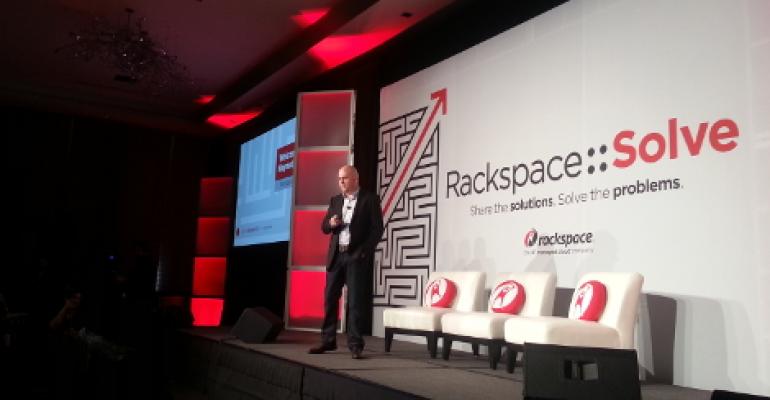 Web-scale, containers, stream analytics, non-x86 silicon, and other big trends that will drive the industry

As we approach the end of 2014, those in IT who like to ponder industry trends send us their predictions for next year. Here are some of the more interesting predictions we have received from folks so far. Stay tuned for more 2015 predictions on Data Center Knowledge in the coming weeks.

Here it is, our list of data center industry trends that will dominate the conversation in 2015:

1. The Big Guys Build Their Own Networks

Operators of massive data centers, the hyperscale cloud and Internet content providers, also known as web-scale operators, are increasingly buying their own switching gear and dark fiber to expand their networks instead of relying on commercial carriers, according to Cyan Networks, a U.S. networking technology vendor. In 2015, these networks will account for more than half of all network interconnect capacity for the first time ever, Cyan predicted.

Less attention on hardware and more attention on software development and operations (DevOps), lower-cost packet switching in data centers, and high cost and complexity of scale in IPv6 Internet is driving network operators to data center hosted solutions, interconnected by agile optical networks, according to Cyan.

3. Carriers Will Invest a Lot More in Data Centers

New DevOps personnel will get more power over strategic direction, and carriers will double down on data center investment, according to Cyan. Telcos will be defining more products and services based on telco cloud.

4. Get on Board With Web-Scale or Suffer

Single-app Web 2.0 companies will continue to proliferate and so will commoditization of cloud infrastructure technology. Platforms like OpenStack have enabled an explosion of cloud-based services and apps, and the web-scale way of building out data center capacity will be a must. Operators and vendors that fail to evolve to support the web-scale paradigm will struggle in 2015, according to Cyan.

The data lakes and data hubs that have been popular ways to deploy Hadoop this year will turn into processing data platforms, predicts John Schroeder, CEO and co-founder of MapR, one of the biggest Hadoop distribution vendors. Data lakes and Hadoop are great because of their agility and the ability to use thousands of servers to store petabytes of data at less than $1,000 per terabyte per year. But companies will move from batch to real-time processing and integrate file-based, Hadoop, and database engines into large-scale processing platforms.

6. There Will Be Fewer Hadoop Vendors

Adoption of Hadoop at scale around the world is beyond any other data platform 10 years after it was conceived, Schroeder said. Hadoop is still in the innovation phase today, and vendors who have made the mistake of adopting “Red Hat for Hadoop” strategy are existing the market. Intel is the most notable example, Schroeder said, forecasting that EMC’s Pivotal will follow. Hadoop vendors will be consolidating as new business models emerge, while others exit.

7. Docker Will Disrupt IT Departments

No list of 2015 IT trends should go without a mention of Docker. The modern, lightweight form of containers is the next-generation virtualization technology, according to 451 Research. Large enterprises will use Docker more and more, in some cases running alongside traditional VMs and in some replacing them completely because of its management and efficiency advantages. Docker orchestration and security are not quite there yet, but there are plenty of vendors working to address these issues, 451 analysts said.

8. Non-x86 Silicon Will Begin Its Rise

Multiple vendors, including Cavium and Applied Micro, came out with server-grade ARM chips this year. Google and Rackspace, among others, got involved with IBM’s OpenPOWER foundation, opening up the architecture and accelerating development on it. These two things will make 2015 the year alternative silicon really begins to rise, according to Rackspace CTO John Engates.

9. OpenStack Will Get Boring

OpenStack will celebrate its fifth birthday in 2015, and, according to Engates, that birthday will be boring. Rackspace sees the technology mature and shift from mostly test and development to mainstream production. With maturity will come simplification. OpenStack will be easier to use, manage, and scale.

10. More Flash in the Server

As customers in verticals like healthcare, finance, and retail demand faster and faster access to critical applications, more companies will deploy servers with flash storage embedded, according to Dell. These are companies where instant transactions define the experience of their customers.