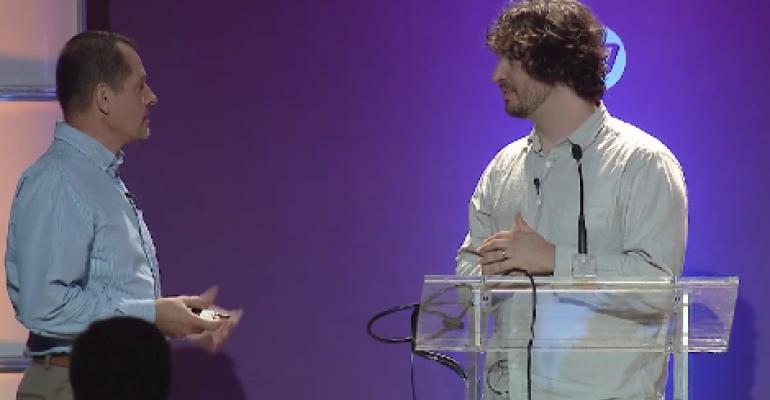 The project was previously overseen by Pivotal, an EMC company, which decided to create an independent foundation to help grow the ecosystem. The foundation has a powerhouse roster of founding members, which in addition to Pivotal and EMC include HP, IBM, Intel, SAP, and VMware (also majority owned by EMC). Pivotal announced it earlier this year, but the non-profit foundation was formally launched last week as part of the Linux Foundation.

Cloud Foundry is mobilizing as a project, and the open governance model is helping spur innovation from contributing companies. The popular open source PaaS is used in major commercial PaaS offerings like Pivotal's CF, IBM Bluemix, and HP Helion. There has been a 36-percent increase in community contributions and more than 1,700 pull requests since last year, according to the foundation's leadership.

"With the formation of the Cloud Foundry Foundation, a group of leading companies have now made official their plans to work together collaboratively on this open source Platform-as-a-Service project," Angel Diaz, vice president of open technology and cloud performance solutions for IBM Software said in an emailed statement. "The foundation’s mission is to continue to enable an broad, open ecosystem of developer frameworks and application services to make it faster and easier to build, test, deploy, and scale applications."

Bill Hilf, senior vice president of product and services management for HP Cloud, said evolution of the Internet infrastructure we use today has been dominated by open source software like Linux, Hadoop, MySQL, PHP, Go, and Node.js, to name a few, and that the open source PaaS was an example of this trend.

"It’s our belief that the evolution of cloud computing is and will follow a similar arc – market-driven demand for open-based technologies and solutions, stemmed from the unmistakable cycle we have seen in the past where innovation and value are created by empowered individuals and a community fiercely collaborating in a transparent process, improving on each other’s ideas," Hilf said via email.

The PaaS market is being driven by the rise of DevOps and multi-cloud. A recently commissioned survey said that DevOps was being adopted by practically everyone, and colocation providers have noted customers are seeking multi-cloud deployments. A RightScale survey confirmed both trends.

Creating an independent governance organization for the open source project is crucial for its further development. "PaaS is a fundamental shift in the development and delivery of applications, and it is critically important that one vendor does not own the entire stack from concept and engineering through delivery and runtime," said Michael Cincinatus, senior director of cloud services at VMware. "Having broad industry support and strong technology leadership (VMware, IBM, SAP, etc.) drives innovation from many directions while giving customers choice of how to take advantage of that innovation."

Cloud Foundry was born and incubated at VMware prior to the creation of Pivotal, and the virtualization giant continues to work closely with Pivotal on the technology. Pivotal is led by former VMware CEO Paul Maritz.

"Having the Linux Foundation responsible for governance and oversight means that the project will have the guard rails to protect against any one vendor becoming the sole driver of the technology," said Cincinatus.

Laurent Lachal, analyst at Ovum, said creating the foundation was a logical step in the project's evolution.“It’s good to leverage the experience of the Linux foundation,” he said in an email. Lachal noted that there is a nice mix of companies aboard, from IBM to Accenture to telcos, and from small companies to large.

“PaaS is next big step for many cloud service providers, and it seems that some want to keep their finger on CF pulse,” said Lachal. “CF project was already keen on keeping some common ground between CF distributions with the notion of ‘core' CF. It seems to want to strengthen the approach.”

Cloud Foundry announced a new approach to open source development called Dojo, which offers developers a unique “fast track” for commit rights, which often takes more than a year to gain in a major project. A certification program will also be introduced in the new year to ensure consistency and compatibility across Cloud Foundry-branded products and services.