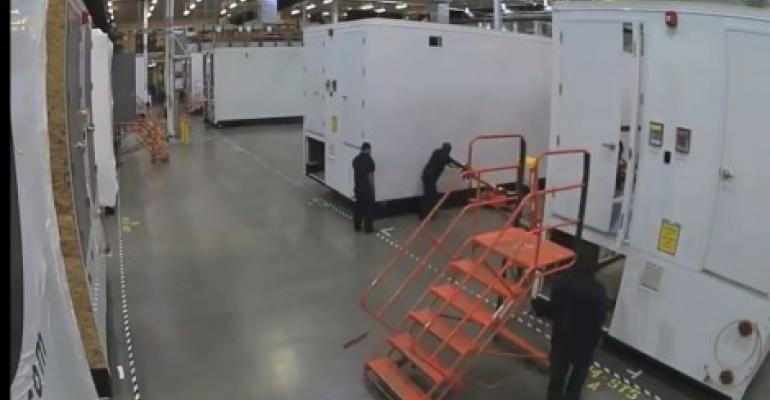 This week, BaseLayer announced one of the most interesting data center deployments by one of its customers. In a pilot project, Phoenix-area utility Salt River Project will plug an IO container directly into bulk transmission lines, aiming to demonstrate that this set-up is reliable enough to get rid of the traditional data center power backup infrastructure, such as generators, automatic transfer switches, and UPS systems.

BaseLayer’s containers are manufactured at a factory in Chandler, Arizona. BaseLayer will now run the factory, whose site will also be the new company’s headquarters.

Here is a time-lapse video of the process of manufacturing the data center containers at the factory: