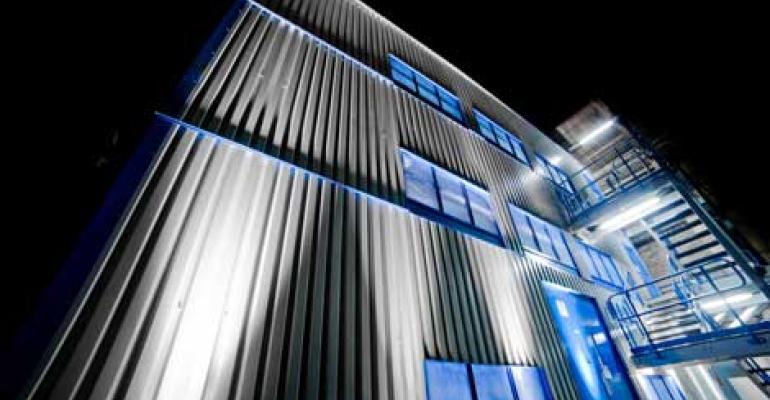 French hosting provider OVH has raised $327 million to expand data centers internationally. The money is from a new syndicated loan and private bond.

OVH started in 1999 and has grown into one of the largest hosting providers worldwide. Its focus nowadays is on growing the OVH cloud business.

The company has several international expansion plans and has been busy in North America. A company spokesperson said via email that it is too early to communicate the long-term strategy for the new capital, but that it is actively considering expansion to the West Coast in North America and in Asia Pacific.

A West Coast presence would greatly complement the East Coast footprint the company has been building up. It first entered North American hosting market with a data center just outside of Montreal in 2012. It recently expanded capacity there with a 10,000-server container.

The company is innovating both inside and outside the data center. It has an innovative data center design consisting of “hosting towers,” pioneered at its facility in Roubaix, France, replicated using shipping containers at a second site in Strasbourg, and inspiring expansion in Quebec.

Inside the data center, it builds custom servers and is able to deploy custom water-cooled servers in an hour. The company recently launched a big data cloud on IBM Power8 chips and OpenStack.

“They need a large amount of capital because they like to build everything from the ground up,” said Philbert Shih, managing director, Structure Research. “Every bit is built by them, from the data center and infrastructure down to servers and components. They’re very specific about the design and this requires a lot of capital.”

Shih said OVH is currently working on a multi-brand strategy built on the foundation of its various technology capabilities. “That innovation is being productized in various offerings for different markets,” he said. The strategy includes "different brands for cloud, small business hosting and OVH.com for standard hosting, and focusing on global expansion in general.”

From Hosting to OVH Cloud

OVH made a name for itself in dedicated server hosting and has been making a transition to cloud, said Liam Eagle, analyst with 451 Research.

"OVH, like most of the providers with a legacy in dedicated hosting, is making the transition to a more cloud-like offering," he said. "And, like many of those providers, it has struggled somewhat with the influence of utility [cloud] services on its business model. However, the company has positioned itself with low-cost virtual server products that keep it competitive for the same types of customers it has always served."

Despite being a large provider, OVH isn’t well known in North America, Eagle added. “The company’s plans certainly include increasing its presence in the U.S., which will require significant capital investment, both to acquire customers and to build out the infrastructure to support them.”

“The goal is to provide the means to become a key player in the global cloud, able to compete with the big American companies," Nicolas Boyer, CFO of OVH, said in a statement. The investment "allows us to diversify our funding sources and extend the average maturity of our debt, assuring the next three years of development."

The debt will finance an OVH investment program of more than $490 million (the rest is self-funded). "We can then intensify the deployment of our data center and network infrastructures, supporting our customers in the cloud while capturing new markets."