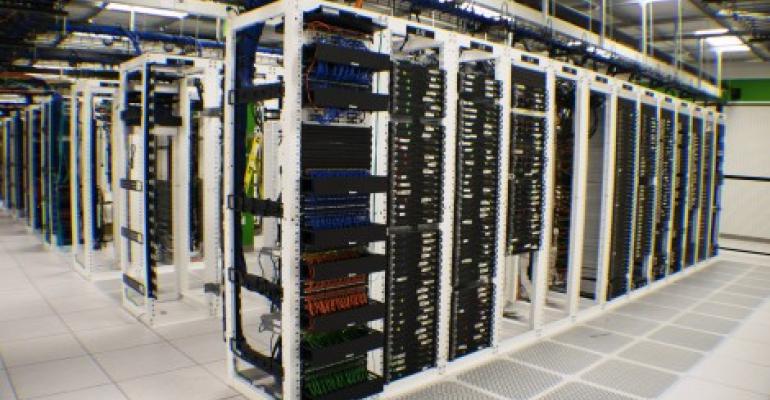 Hosted private cloud and managed hosting provider SingleHop has launched its largest data center to date in a ten-year $30 million investment with Digital Realty Trust in the Chicago area. The new 13,000 square foot white space has capacity for up to 20,000 servers and is adjacent to expansion space for another 10,000 square feet.

The Chicago data center is the first facility custom designed by the company. SingleHop chose Digital Realty and its Franklin Park campus (just outside of Chicago) in part because it meant it would be able to customize the data center. The company also spoke highly of Digital Realty’s operating experience.

Earlier this year, it raised a $14.2 million round to accelerate its cloud business.“We’re the new private cloud experts,” said Jordan Jacobs, vice president of products at SingleHop. “We were heads-down, investing in technology. Now we’re telling everyone.” Product-wise, it recently launched a VMware-based virtual private cloud (VPC) to its line of cloud offerings. The VPC cloud service is interoperable with a customer’s VMware-based internal data center.

The Chicago data center features on-site security guards, dual checkpoints, and numerous layers of biometric security, including fingerprint and iris scanners. There is a property perimeter, SingleHop perimeter with guard at checkpoint, and cage perimeter.

The scanner takes continuous video and matches a person up to a profile in less than a second. The iris reader uses a one-to-many relationship to match up person and profile. No more getting a badge done by security that has to look up your profile because they can’t match you against the system with a fingerprint.

The racks are also painted all white so it takes less power to light the data center. “I will never put a black rack in another data center again,” said Jacobs. "The difference is significant."

A 2,000 square foot NOC (Network Operations Center) is built inside the security perimeter. It has a 26 foot video wall showing operations. There is also a workroom within the perimeter and a large workforce.

There are two separate power grid systems, going all the way down to UPS and generators. “A” power comes from hallway left and “B” from hallway right. They both go over the rack and never through .

“We have the ability from top of rack, to PDU, to swing power back and forth,” said Jacobs. “It’s concurrently maintainable, we can go a step further and isolate an incident on a single PDU.”

Private cloud is the company’s fastest-growing product segment. Many customers are companies with with $50 million to $500 million in revenue switching from on-premise IT, but it has seen more customers coming from public cloud to private. They make the switch to private to get a handle on their IT bills, said Jacobs.

Many companies are making the same mistakes in public cloud that they were making on premises, namely overpaying for unused VMs and resources. So, many are moving to private cloud, but the on-prem private cloud option is unsuitable because it removes agility.

“There are a few reasons for the interest,” said Jacobs, “If you set up private cloud in your office, you have to consult with multiple vendors, even the most forward-thinking vendors, it takes four-six months of negotiating before you can get a private cloud on-prem. We build the exact same infrastructure – EMC, Cisco, VMware – in a week.”

There is an argument that private cloud is too expensive, or more expensive than public cloud. Jacobs believes this is a misconception because people are making the same mistakes in public cloud that they previously made with physical servers: they’re paying for resources they don’t use.

“Amazon uses an allocation model: you’re paying for the full amount and none of the resources," said Jacobs. "Even with all the price cuts, the average virtual machine uses around 3-7 percent so your overpaying for the rest. We assign resources on a reservation basis.”