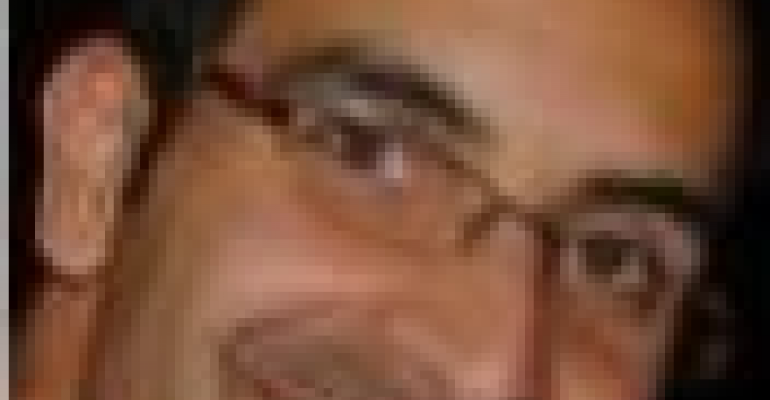 CIOs across the board are feeling pressure to implement the latest cloud-based IT technology while taking advantage of their existing IT infrastructure, writes Moe Abdula of IBM. The creation of a hybrid cloud environment can give these execs the best of both worlds.

Moe Abdula is the Vice President of Cloud Software Product Management at IBM, where he provides direction for worldwide product development and go-to-market initiatives across the cloud portfolio.

These days, most CIOs have their head in the cloud. But if they’re leading substantial, established enterprises, they also have their feet in a well-designed, carefully-secured data center.

CIOs across the board are feeling pressure – whether it’s from their CEO, their employees, customers, partners or the general shift in the market – to implement the latest cloud-based IT technology for efficiency, agility and economy. But they also need to take advantage of their existing IT infrastructure to maximize return on investment.

Leaders have found that adopting a hybrid cloud architecture can create the best of both worlds. They can cut costs by storing and sharing some data and applications internally in a private cloud, and they can nimbly develop new applications and store voluminous amounts of unstructured information for big data analytics in public clouds. They lease that capacity from cloud hosting companies that specialize in data management, while integrating these capabilities into their existing on-premise infrastructure. The key is to figure out what data and what applications fit best in which place, and then figure out where they need to interact.

It requires careful planning to manage a private cloud and a third-party public cloud host. But for companies that want to get the benefit of new technology while still needing to provide bullet-proof continuity of operations, the old and the new need to work together.

Many established companies with significant IT infrastructure are making the decision to develop a hybrid cloud. For example, NiSource Inc., one of the largest natural-gas transmission companies in the U.S., recently said that it plans to move to a hybrid cloud.

Mixing the Old with the New

Companies today typically use three types of computing: dedicated servers in the corporate data center that run key applications; pooled resources in a private cloud in the corporate data center; and resources that are run by public cloud providers and accessed over the Internet. Mixing and blending any of these deployment models creates a hybrid cloud.

Most established enterprises can’t simply close their data centers and move IT to an outside provider. In some cases they have handcrafted, 20-year-old applications that are vital to services provided to a few key customers. Some ERP systems have been tuned over 20 years, and downtime would threaten corporate viability. Such applications may simply be too fragile to move. In those cases it often will be more cost effective to keep legacy applications running on isolated specialized servers rather than moving them to virtualized private cloud servers.

In other cases, there will be specialized data that is subject to regulatory or legal constraints. For example, some health care providers are reluctant to handle breast-cancer screening information outside their own walls. They don’t want to run afoul of the strict disclosure requirements for mammogram results that Congress mandated in a 1992 law, the Mammography Quality Standards Act.

When Two (or More) Become One

The data center has long been the symbolic heart of the CIO’s domain. For many years, corporate data centers continuously required more space and more electric power. But the virtualization revolution that started in 1998 meant many applications could run on a single server, and most companies have been consolidating workloads on servers ever since.

Building a private cloud in the corporate data center will cut costs and increase flexibility. In a private cloud, virtual servers can handle hundreds of workloads on a single physical server. Data center architects don’t need to dedicate storage devices to a single application. While some jobs still run on dedicated computers, CIOs treat most of the computing capacity in the data centers as a pooled resource – in effect, a private cloud that is allocated on demand.

Most companies are using some public cloud infrastructure as well. Sometimes IT departments have made a decision to use the cloud for testing or development of new applications. In other cases a marketing executive or a researcher has bypassed IT to use a new application, expensing the cost on a corporate credit card. In most companies, it’s important for the IT department to have a handle on all corporate data, and know what might be going off company servers.

Embracing the Cloud Pays Off

There are ample positive reasons for CIOs to embrace the cloud. Last year IBM commissioned a survey of top executives at 800 enterprises around the world about a range of issues. That study revealed that the majority are using cloud to integrate and apply mobile, social and big data technologies. The cloud is paying off for those companies. Those with high cloud adoption are reporting almost double the revenue growth and nearly 2.5 times higher gross profit growth than peer companies.

Embracing the cloud makes it easier for the IT department to be seen as a partner in new initiatives for other departments. Historically, IT has often been seen as a barrier. Budget constraints and the need to buy and install hardware meant that any new project required months of activity by IT before operating groups could get access. When using a public cloud, a few days or weeks of coding by IT developers can be enough to launch a new product. Our survey found that 66 percent of organizations are using cloud to strengthen the relationship between IT and lines of business.

Adopting a cloud architecture isn’t an all-or-nothing proposition. The hybrid cloud is the route to cloud computing that will be most comfortable and cost-efficient for large enterprises with long-established IT departments and data centers.