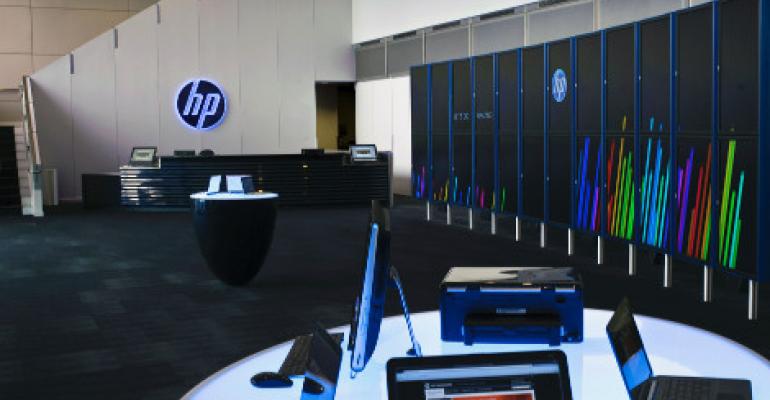 HP Opens Up Converged Infrastructure for Use with Cisco Switches

Among the avalanche of new data center hardware products HP unveiled at its Discover conference in Barcelona Tuesday was the company’s first converged system that supports top-of-rack switches by Cisco.

Until now, HP’s all-in-one cloud infrastructure packages worked only with HP’s networking hardware. HP has been a fierce competitor of Cisco and made a lot of noise four years ago announcing that it would replace all Cisco gear in its data centers with its own products.

But because Cisco switches are so pervasive in the world’s data centers, the company has decided to give customers the option of an HP converged system that includes Cisco gear, Brent Allen, group manager for HP Converged Systems, said.

The new ConvergedSystem 700 is designed to support deployments of traditional enterprise workloads on top of a scalable Infrastructure-as-a-Service platform. Like all converged infrastructure systems, it is an integrated package that includes servers, storage, networking, and management software.

IT vendors have been pitching converged systems as a way to unify disparate teams that manage enterprise infrastructure and streamline IT processes. “We tend to still see a lot of IT shops looking at their environments in terms of IT silos,” Allen said.

HP announced Helion in May along with unveiling a plan to invest $1 billion in all things cloud. The Helion initiative includes a public cloud operated by HP, as well as hosted and on-premise private cloud services.

Also at this week’s Discover, HP announced new Integrity Superdome X and NonStop X servers, 3PAR storage arrays that combine Flash and disk storage and integrate with its StoreOnce backup platform, as well as updates to various pieces of its IT management software.