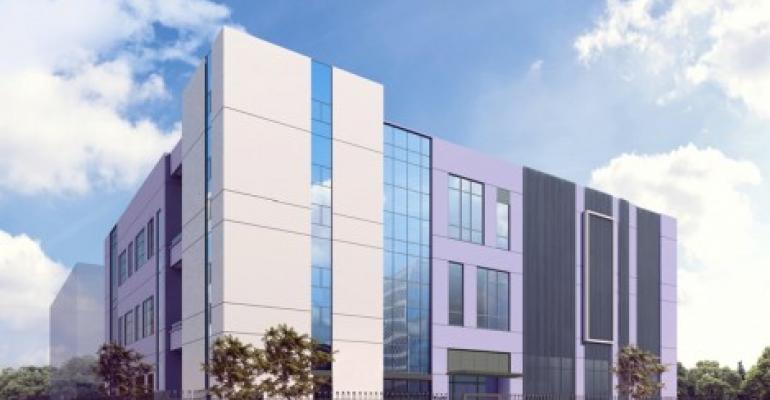 One of the most recent major data center builds in China is a project by NTT in the Pudong Development Zone of Shanghai (Image: NTT)
Colocation

Japan’s NTT Communications has opened a data center in the Pudong Development Zone of Shanghai. The facility has 28,000 square feet of data center floor space, room for about 1,000 racks.

China data center market is growing, up around 20 percent from last year. In order to capitalize on the market, data center providers providers need local footprint. In addition to normal latency considerations, cross-border network traffic is slowed down further by what is popularly referred to as the Great Firewall of China.

CenturyLink recently launched a data center in Shanghai, citing the government's firewall as one of the reasons, and Oracle is in discussions to establish China data center presence. Earlier this week CloudFlare announced intentions to open 12 data centers in mainland China over the next six months.

The new facility will be NTT’s first China data center capable of total service design, construction, and operation for customers. The company is expanding its data center servies in the country to include cloud in addition to colocation. The data center is branded under the Nexcenter brand NTT uses worldwide.

The company claims its efficient way of building and efficient operations means 20 percent lower costs than other facilities in the area. The company is also touting its connectivity. It is carrier neutral and has direct network connections to communications companies across China to help the problem of Internet instability common in China due to inadequate connections among local carriers, according to NTT.

NTT has been expanding its data center services business elsewhere in the world as well.

Its subsidiary NTT Facilities recently acquired EEC, a U.S. data center management firm. NTT also won a big deal with Salesforce.com in the U.K., where the company is providing the data center behind the SaaS giant’s UK expansion.