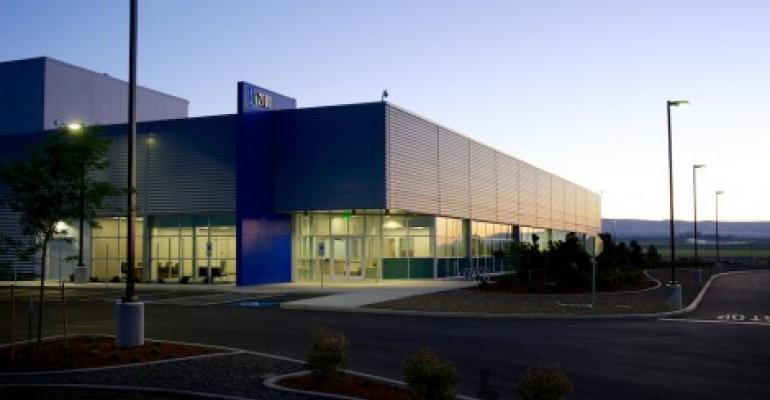 Vantage Data Centers has completed the second phase of its Quincy, Washington, data center. An additional 4.5 megawatts brings the building's total capacity to 6 megawatts. The build was accelerated to meet a Fortune 100 customer’s requirement, the company said without disclosing the customer's name.

The data center campus is located in the heart of the Columbia River Valley and has access to cheap hydropower. The company's long-term plan calls for four data center buildings totaling 560,000 square feet and 55 megawatts of critical load.

Vantage is working with the Uptime Institute on a possible Tier III Certification and anticipates receiving LEED Platinum, like it has done in Santa Clara, California.

The data center has newly-built mechanical and electrical infrastructure. It has a custom-developed indirect evaporative cooling system designed to eliminate impact from outdoor conditions through a closed-loop delivery infrastructure.

The data center also has EPA Tier 4 generators that reduce emissions by 90-95 percent as compared to traditional generator deployments. The EPA’s Tier 4 standard is designed to reduce hazardous emissions from backup generators.

Most data center generators are exempt from Tier 4 standards through an exemption for gensets used for emergency backup. A few years ago, Quincy residents expressed concern at the number of generators as the result of a booming data center industry. Vantage went the extra mile.

The company’s first data center was in Santa Clara. The first facility in Quincy was announced in 2011 and opened in 2013. It has around 60,000 square feet of raised floor inside of a 133,000 square foot building.

“Our location in Quincy benefits from access to abundant, low-cost hydropower as well as significant tax incentives, driving industry-leading TCO for customers,” Choksi said in a statement. “We are pleased to support our customer’s faster-than-anticipated growth and look forward to building additional data centers on our Quincy campus to support more customers.”

With its low-cost hydro power, Quincy has been an attractive market for companies with web-scale operations, including Microsoft, Yahoo, and Dell.

In April Vantage boosted its credit line to $275 million in support of expansion.