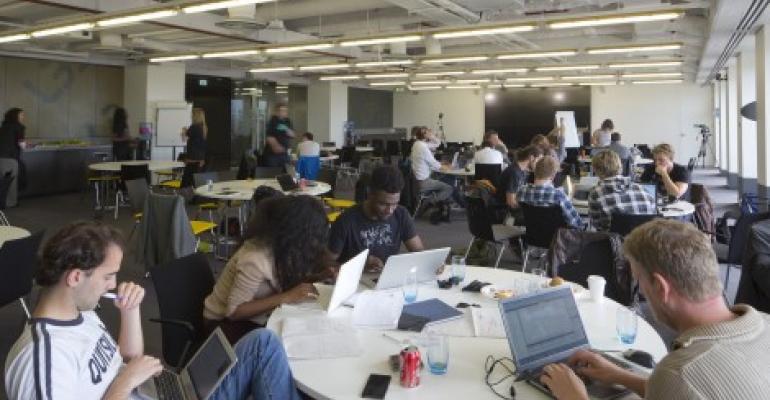 IBM has announced a dedicated version of Bluemix, its Platform-as-a-Service offering based on Cloud Foundry, the open source PaaS led by Pivotal. Bluemix Dedicated is a single-tenant version of the developer service, hosted on dedicated hardware in a SoftLayer data center.

The benefits are greater control and security in cloud-based application development. It will appeal to those who are especially conscious about security and compliance. A new private API catalog has also been introduced for connecting to on-premise data securely.

IBM is courting enterprise developers with cloud needs here. A dedicated version means customers can now work with more sensitive data on the Bluemix platform safely. It will appeal to enterprises making cloud transitions and hybrid cloud aspirations. Gartner said that nearly half of enterprises will use a combination of public and private cloud by the end of 2017.

Until recently, the Cloud Foundry project was overseen solely by Pivotal, an EMC-controlled software company. In February, however, Pivotal created a non-profit foundation to drive the project and invited other companies, such as IBM, Rackspace, and VMware (also an EMC subsidiary), to sponsor and steer it.

Cloud Foundry has enjoyed widespread support from the industry, many heralding it as the OpenStack or sometimes even the Linux of PaaS.

The private API catalog also speaks to security needs. The APIs allow developers to securely and seamlessly connect data from backend systems of record to systems of engagement like mobile and social applications.

IBM has invested a lot in Bluemix since it entered general availability earlier this year. It recently added several capabilities, including Watson APIs, allowing developers to tap into cognitive computing to turn apps into intelligent mini Watsons. It added Internet-of-Things functionality as well, a single service that enables someone to connect a device to the Internet, have it generate data, store that data and present it through an application the user has built on the Bluemix platform.

Behind Bluemix is the SoftLayer infrastructure, which itself has seen $1.2 billion in investment, several data centers opening this year.

In a statement, Steve Robinson, general manager for IBM Cloud Platform Services, said, “With Bluemix Dedicated now available in our global cloud center network, IBM is adding another on-ramp to the cloud for developers to move quickly and innovate but do so in a model that maintains the necessary levels of security and control.”

The offering has a built-in private network and will initially offer runtime capability along with a core set of services. The capabilities will expand going forward. The initial services are Cloudant’s Database-as-a-Sevice, Data Caching to improve speed and responsiveness of apps, and runtimes so developers can run apps in the coding language of their choice.

The company’s Bluemix Garage, tech hubs for working with Bluemix, has also expanded to Canary Wharf Group’s Level39 in the U.K., a large European accelerator space for financial, retail, and future cities tech companies. The Bluemix catalog is expanding into the London data center in tow.

IBM’s approach to cloud has been to tap into its other complementary services and go above and beyond providing raw resources. It has sizable footing in the enterprise, and has greatly expanded when it acquired SoftLayer, which formed the cornerstone of its cloud. Even though its based on open source technology, Bluemix is a unique PaaS because it gives access to Watson and IoT capabilities.

Despite a big focus on enterprise cloud, IBM is also courting startups with developer-friendly features and a recent cloud credit and mentorship program.

Cimpress Turns to the Cloud for IT Procurement
Jun 08, 2021