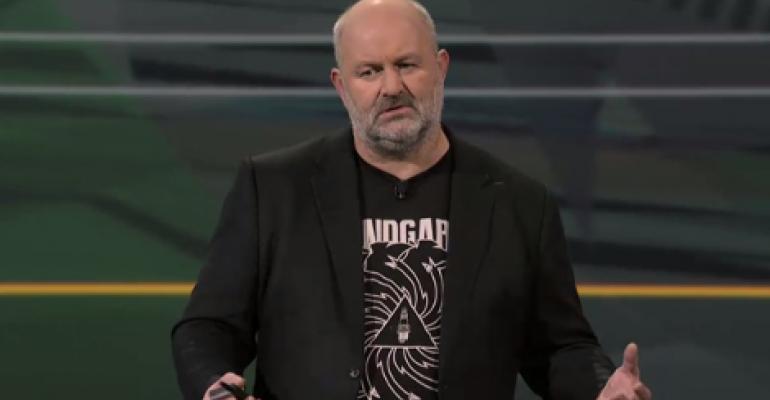 Riding the wave of rising popularity of Docker containers, Amazon Web Services announced a service meant to make it easier to take applications from development to production using containers on its EC2 Infrastructure-as-a-Service cloud.

Docker is an open source Linux container technology spearheaded by a San Francisco-based startup that goes by the same name. In the 18 months of its existence, the technology has gained widespread popularity because of the way it decouples the application from the infrastructure underneath.

An application container describes that application’s infrastructure requirements and makes it easy to deploy it on any kind of hardware or cloud. The app is not tied to an operating system or a particular server.

Developers love containers because “you can ship them everywhere; they have a standard format,” Vogels said.

Managing multi-container applications deployed in high-availability environments, however, is not easy. “Scheduling containers requires a lot of heavy lifting,” he said.

Things like managing resiliency, deploying the right resources, managing clusters underneath containerized applications are hard to do. “What if you could get all the benefits of containers without the overhead,” Vogels said.

That’s the promise the new EC2 container service makes. It is a highly scalable, high-performance container management service that works at any scale. It enables users to launch or terminate containers on top of cloud VM clusters, deploying them across separate availability zones with centralized cluster visibility and control. It includes a simple API developers can integrate with.

The service itself is free. Users only pay for the EC2 resources they consume.

Docker CEO Ben Golub took the stage during the keynote, saying he was happy with the way Amazon went about setting up its new service, respecting the portability aspect of Docker, using its native interfaces, integrating with Docker Hub, the centralized repository for container images.

“Docker just turned 18 months old, and this all feels a little surreal,” Golub said about the rate of adoption of the technology and the rate at which the ecosystem around it has been growing, support by AWS being only the latest step in that process.

Docker recently passed its 50 millionth download, he said. It’s being used by thousands of customers, and the user base is not limited to web companies. Hospitals, banks, and government institutions are also on board.

Docker is Hot Among Cloud Providers

Google’s announcement earlier this month was of a service called Google Container Engine. Based on the company’s open source container management project Kubernetes, it is a fully managed cluster manager for Docker containers.

Microsoft, another cloud giant, announced support for Docker containers on its Azure cloud in June, and in October the company said it had partnered with Docker to integrate the technology with the next release of Windows Server. Docker currently only runs on Linux.

Joyent, a smaller IaaS provider based in San Francisco, is working to deliver a service that will enable users to run Docker containers directly on the hardware in its data centers, without the layer of hypervisor and VMs in between. This approach, the company’s CTO Bryan Cantrill claims, enables the cloud to perform better than the one that involves server virtualization.