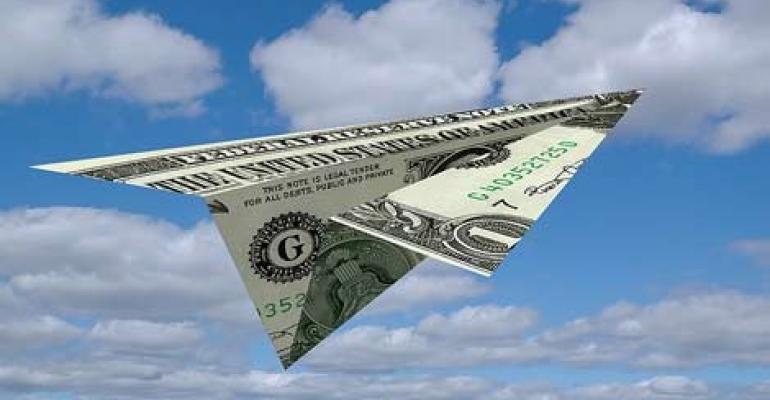 The cloud market is growing six times faster than the overall IT market, according to a forecast released Monday by International Data Corporation (IDC). By 2018, public cloud services spending is expected to reach more than $127 billion, a growth rate of 22.8 percent over the $56.6 billion in spending this year.

This consistent with other recent news that shows enterprise is moving to the cloud. Over half of the attendees of the 2014 New York Cloud Expo and AWS Summit are building hybrid cloud solutions for their organizations, according to a survey by Avere Systems. Thirty-five percent of those surveyed said they are building their own hybrid cloud in the next two years.

The IDC report says factors driving public IT cloud services growth are cloud-first initiatives and innovation in the cloud.

“Over the next four to five years, IDC expects the community of developers to triple and to create a ten-fold increase in the number of new cloud-based solutions,” IDC SVP and chief analyst Frank Gens said. “Many of these solutions will become more strategic than traditional IT has ever been. At the same time, there will be unprecedented competition and consolidation among the leading cloud providers. This combination of explosive innovation and intense competition will make the next several years a pivotal period for current and aspiring IT market leaders.”

The trend of moving to the cloud is reflected in both the private sector and many governments. The IDC report expects SaaS will “continue to dominate public IT cloud services spending.” SaaS accounted for 70 percent of cloud spending in 2014.

Service providers are already benefiting from this trend, including cloud SaaS provider OpenText, which recently reported a growth rate of 260 percent over last year. IaaS and PaaS will also continue to grow with PaaS and cloud storage being the fastest growing categories.

Reports of cloud growth are coming from most of the world. Asian companies say that over half of them are moving to cloud-based systems. In South Africa, infrastructure is being built to support growth. Recently, the Australian federal government announced a cloud first policy that is expected to save taxpayers 30 percent. The US and UK governments also have cloud first guidelines in place that will facilitate even more data being stored in the cloud.

This article originally appeared at: http://www.thewhir.com/web-hosting-news/public-cloud-spending-reach-127-billion-2018-report