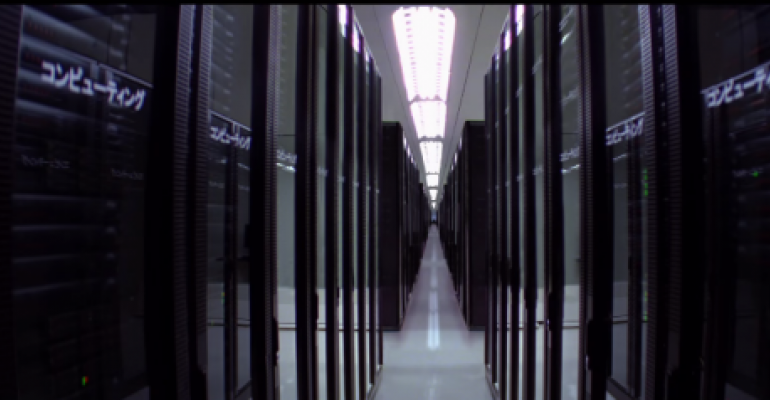 The data center in Transcendence looks like an actual data center, even if Depp&#8217;s character&#8217;s choice of energy source is unrealistic (Source: official movie trailer)
Business

From HAL to Johnny Depp's California Data Center: The Evolution of Data Centers in Movies

The data center has gone a long way in Hollywood. We look at 10 data centers that play pivotal roles in blockbusters and the evolution from abstract concept to full-fledged future data center.

As data centers continue to play a central role in our day to day lives, they make their way into the pop culture. The data center has made several appearances on the silver screen over the years, at least as a concept. While many movies go the supercomputer route (perhaps a trend started by War Games), the “data center” is often a central plot driver. Here's a look at how the concept of a data center has evolved in the movies over the years.

Several films, such as Hackers, have presented data centers as futuristic boxes filled with blinking lights to convey the idea to the viewer. In recent movies like Transcendence, however, they look closer to what the future data center might actually look like physically.

So, here it is, the Data Center Knowledge guide to the way Hollywood's portrayal of the infrastructure that powers our high-tech world has evolved:

People either love or hate Stanley Kubrick’s 2001: A Space Odyssey. It can be described either as a deep meditation or as plodding. The antagonist is artificial intelligence named HAL 9000.

Kubrick does a lot right in the movie. The source material by Arthur C. Clarke is visionary. There are no Star Warsy space noises (space is a vacuum, after all) and the movie predicts the importance of both computers and artificial intelligence.

HAL is perhaps the first and most important computer plot device ever used, and the villain AI continues as a popular trope.

The protagonist is forced to dismantle HAL’s brain room (the supercomputer or data center behind the AI) when HAL turns on him.

Perhaps it's cheating to include so many instances of AI on a data center list, but a data center is ultimately powering these oft-used antagonists. Perhaps the most famous computer antagonist is Skynet in the Terminator series. Once again, self-awareness causes machines to turn against humanity.

2001 and Terminator have also set up IBM for unending HAL and Skynet jokes regarding its cognitive computing system Watson.

The hacker installation of the Die Hard series starring Bruce Willis. The plot revolves around "the Russians" hacking into critical infrastructure and wreaking havoc in the U.S. The hackers are able to tap into a plethora of critical systems from a single dashboard, which is pretty impressive if not implausible.

Also of note is “Warlock” played by Director Kevin Smith. Warlock has a “command center” which is really a basement, but can be considered a home data center of sorts in 1997 terms. Also look out for “mutating encryption algorithms” solid state drives, and an emergency data dump for the country’s most critical information into a single backup data center, not redundant locations. In a way, this is a horror movie.

For another home data center, Demon Seed’s Proteus IV controls all aspects of living in the movie and grows an unnatural attachment to his owner.

Sean Connery and Catherine Zeta-Jones sneak into a server room, break open a cabinet and steal millions from a stock exchange by connecting a few patch cables.

The implausible scene is often cited as one of the worst "hacking" scenes in movies. Note that an alarm is set once the cable touches the laptop and not the server.

While the data center industry looks for alternative, renewable sources of energy, the data center in the Matrix discovers humans are the perfect battery. Somehow the output of energy is greater than the energy required to keep humans living and incubated. While the machines look organic, the sum of all the parts makes for a dystopian data center.

The data center powers a virtual simulation world to keep humans pacified, until a group wakes up and plots its attack, led by Neo, the One, played by Keanu Reeves.

The heist movie features a more “classical” data center or traditional racks as we know them. The data center begins to move away from abstract concept in the 2000s.

An elaborate plot to steal dough from a Casino includes hacking into security camera feeds. This is accomplished once again with some masterful patch cable movement (see: Entrapment).

Finally, we begin to see data center scenes that resemble reality. The James Bond flick shows a neatly arranged data center owned by the villain. Compass Datacenters CEO Chris Crosby called the film the "data center movie of the year," noting a distinct lack of data centers in films. So far, the list backs up this claim with the traditional data center being largely absent, despite often being a major contributor to the plot.

The Oracle name is slapped across this superhero movie follow up, CTO Larry Ellison even making a cameo appearance. Tony Stark, Iron Man, is perhaps the biggest technical visionary in the fictional Marvel Universe, and Oracle is sure to have paid a tidy sum to make sure that Iron Man leverages its tech.

Oracle held a screening for the movie and prominently features the trailer on its website. There’s even a fictional article about how Iron Man/Stark industries uses Oracle Cloud data centers.

The update on the classic Tron also features a very futuristic data center. The server cabinets aren’t in rows, but spaced evenly apart. Some might call this a gaffe, but perhaps the servers of the future give off zero heat or have a heat profile that requires equidistant spacing between cabinets.

All it takes to build a dream data center is to transcend your physical body. Spoiler Alert: Johnny Depp’s character transforms into AI with human awareness and builds one of the most beautiful data centers ever to appear on the silver screen. We often talk of automation and robots in the industry, but we’re not quite at the point seen in the movie. Nano technology is able to control and build all aspects of the facility.

The data center was also located five stories below ground in the middle of nowhere -- in a fictional town called Brightwood. It is built underground for security purposes and to control facility temperatures. It is powered by a massive array of solar panels which Depp’s character is able to build and fix on the fly.

The movie data center has come a long way since HAL in 2001: A Space Odyssey to Transcendence. As more of the general public becomes aware of the data center, we can expect an increasing amount of data center cameos. Also expect more appearances of "the Cloud," which was recently central to the plot of "Sex Tape" starring Cameron Diaz.