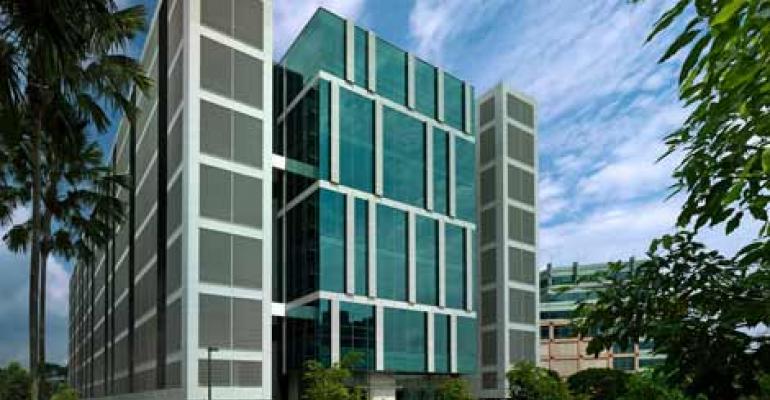 As it exits markets it considers secondary to its strategy, Digital Realty Trust is looking to enter new international markets, namely Germany and Japan.

The company’s CFO and interim CEO William Stein revealed the plans on its third-quarter earnings call Tuesday. “We plan to enter these markets with our customers over time,” he said.

Digital Realty is in the midst of a major transformation of its massive global property portfolio and business model. For the first time in its 10 years of existence, the company is pruning the portfolio of “non-core” properties and partnering with service providers on bundled offerings that include its traditional space-and-power products with services higher up the stack.

But don’t expect the San Francisco-based data center real estate giant to get into Germany and Japan with speculative builds. “We have primarily transitioned to a build-to-order inventory management practice,” Stein said. This means the company is not likely to build a new data center anywhere without a signed lease with a tenant.

Geographic expansion is response to demand

Expansion in Asia and Europe will in all likelihood be led by Bernard Geoghegan, who was appointed as managing director for EMEA and Asia Pacific in September. Having previously overseen the company’s business in the EMEA region, Geoghegan replaced Kris Kumar in the managing director role, who resigned that month.

There has been a lot of data center activity in Germany recently. Amazon Web Services and VMware recently opened data centers there to support their cloud services, and Oracle announced plans to open two data centers in the country. Microsoft is reportedly planning an Azure data center in Germany as well.

A lot of the new data center announcements have cited higher level of concern about data sovereignty in Germany than in other parts of the world.

Digital Realty’s Germany and Japan expansion plans are likely to be driven by demand from existing customers. The company has been in the Asia Pacific region for years, with data centers in Hong Kong, Singapore, Melbourne and Sydney. It has seen strong absorption rates across its footprint in the region, Stein said, especially in Hong Kong and Singapore.

Digital Realty beat analyst estimates for Q3 earnings per share by a penny, reporting $1.22 instead of the estimated $1.21. The company has surpassed analyst EPS expectations every quarter since Q4 2013.

Digital Realty started its portfolio pruning project early this year, and as of this week has identified nine properties it will sell. Five of them are already on the market, Scott Peterson, the company’s chief investment officer, said, adding that value for two of them had been written down. The team is in the process of preparing the other four for sale.

There is a variety of properties in its portfolio Digital Realty may consider non-core. Some are not data centers, and others are in markets where the company no longer wants to be in, CTO Jim Smith told us in an interview earlier this month.

In addition to optimizing its list of properties, the company has been pursuing partnerships with cloud providers and increasing focus on colocation and connectivity services. The biggest recent cloud partnership came in September, when the company teamed up with VMware to provide private network links to its public cloud called vCloud Air.

The company is still very much a massive wholesale data center landlord, however, providing a lot of data center space for some of the high-tech economy’s biggest names. Its largest tenant, CenturyLink, occupies about 2.36 million square feet of space across more than 40 locations. Equinix, second largest, leases about 850,000 square feet across 10 data centers.

Digital Realty is a landlord for Amazon, Facebook, LinkedIn, Yahoo, Verizon, NTT and IBM, among many others.