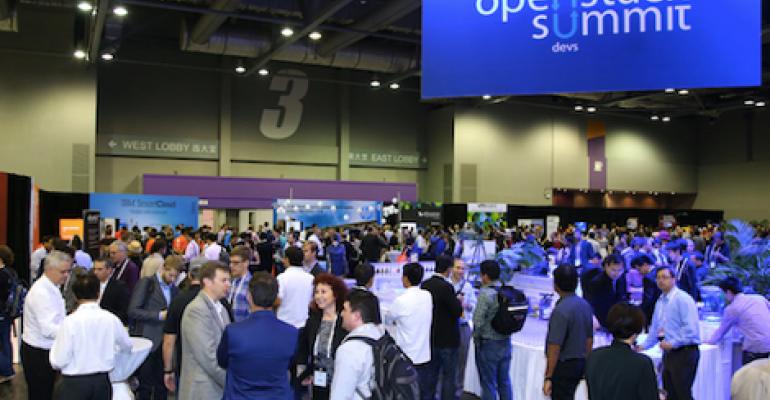 The round was led by OpenView Partners, a venture capital firm that specializes in boosting growing enterprise software companies after they have found their market fit, but before they have gone to market. Existing investors Mayfield Fund, Storm Ventures and UMC Capital also participated.

"Unlike many B2B software [companies] or startups in general that touch on one macro trend, SwiftStack sits at the crossroads of so many trends," said OpenView Vice President Mackey Craven. "The growth of unstructured data, the movement and abstraction of storage at the software level, open source technology in the enterprise -- all the winds are at their back."

Craven sees SwiftStack as the future of enterprise storage. "Despite being a small company, the technology has been proven at an incredible scale," he said.

Tech giants are acquiring and VC firms are funding those that simplify open source adoption. "Enterprises really want to consume open source but it can be really difficult, and it’s our job to make it really simple," Arnold said. "If you look at data center technologies that have gotten a foothold, the last proprietary one was probably VMware. We’re really seeing a desire by these enterprises for open source starting to show itself."

SwiftStack launched in 2011. The company said it signed up several Fortune 500 customers, including eBay, Pac-12 Networks, and HP. Arnold said the company continues to see healthy momentum with enterprises, and the round will help in pursuing that market. 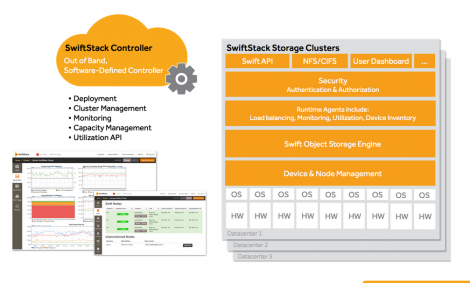 Storage is next on software-defined checklist

Defining and carving up storage resources using software tools like Swift and SwiftStack is a major shift in storage management. "There’s been a separation of hardware and software and a disaggregation of what’s on the equipment and the equipment itself," said Arnold.

"People want to get away from appliances. It’s happened in compute; we’re starting to see this with networking as well -- a separation from the control plane being placed into software. Storage is sharing some of the same design principles. Storage is now becoming about distributed systems."

There is an uptick in both VC funding and consolidation in the OpenStack ecosystem. Another example of a player that recently raised a major round was Mirantis, which raised $100 million.

The OpenStack Foundation's summit in Paris is next week, where SwiftStack customer Time Warner will be a keynote speaker. OpenStack's tenth and latest release, named Juno, came out earlier this month.