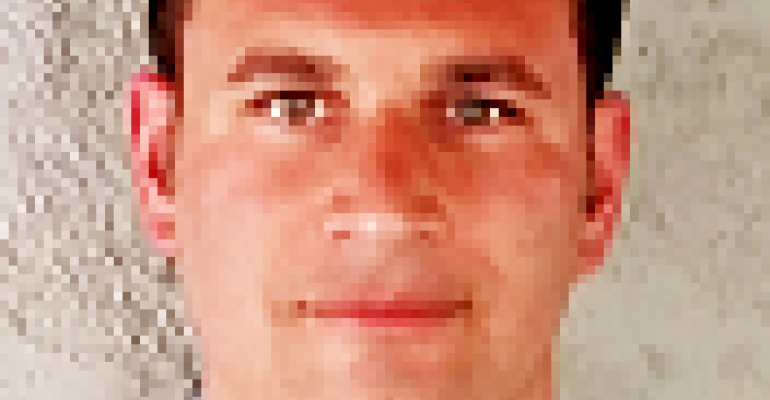 Mainframe applications are one of the most mission-critical aspects of a business’ technology infrastructure, writes Rick Oppedisano of Modern Systems. However, companies are currently facing serious challenges around their mainframe stack.

Rick Oppedisano is Vice President of Global R&D and Marketing for Modern Systems.

However, companies are facing serious challenges around their mainframe stack. First, they’re running out of people. A recent CIO survey indicates it is highly likely or certain that the original knowledge of a company’s mainframe applications and supporting data structure is no longer in the organization. Second, the cost of maintaining legacy systems has become prohibitive. Gartner estimates the average in-house cost of managing a mainframe infrastructure environment is 7 percent of an organization’s annual IT spend—and can reach as high as 20 percent.

Another challenge is competitive advantage. Legacy systems weren’t built to integrate with external business intelligence or analytics software, so it’s difficult to leverage the systems to drive any sort of innovation.

So what’s a business to do? And how can virtual infrastructure help? How can they navigate what we call the Bermuda Triangle of Application Modernization?

Migrating from or even extending a mainframe application is risky because you’re tampering with an application that forms a core part of your business. The process is time-consuming because most companies typically maintain a long and growing backlog of application changes they’d like to make, and because working slowly and carefully is the only way to reduce the risk of modifying a mission-critical piece of the business.

The key is to focus on incremental solutions for specific problems, solutions that can then be replicated across the mainframe stack to reduce risk and cost while adding competitive advantage.

Moorcroft Debt Recovery Group, a debt collection company servicing large banks and utilities, wanted to modernize their core applications, but like many others, felt the risk was too high. For Moorcroft, downtime could equal up to $24k/hour or upwards of $330k/day.

Moorcroft leveraged mainframe data sharing technology to structure and replicate mainframe data to a virtual instance of SQL Server. This freed up data for faster reporting and deeper queries, exposing insight not previously available. Virtual infrastructure enabled Moorcroft to move away from the peak usage-pricing model of the mainframe, reducing cost and laying the groundwork for exposing data to mobile and external sources.

Move workloads off the mainframe

Isolating reporting workloads and running them in virtual environments is a low-risk, non-invasive way to reduce cost. Moorcroft’s core application activity was consistent with most financial applications, with roughly 80 percent of the batch activity tied to reporting. The company leveraged off-mainframe process power to reduce mainframe MIPS and cost-of-ownership. This replicated the reporting job functionality to the target Windows virtual environment, retiring and eventually eliminating the cost of the mainframe workload.

The key to this concept is doing it without impacting the developers or end users. In Moorcroft’s case, developers continued to write new reports as required from the business, except now these reports were written and executed in the Windows virtual environment.

Moorcroft’s incremental approach prepared them for broader modernization without overwhelming or disrupting the business. Once the data and reporting were modernized, only the update, batch and online modules remained on the mainframe.

Moorcroft wanted to leverage virtual infrastructure to replace the mainframe entirely. However, they didn’t want to disrupt internal resource and support models. Therefore, the company rehosted the remainder of the core application in the Windows virtual environment, eliminating the mainframe entirely. Doing so put the company in position to choose from a broader set of development resources, while also offering a more robust and affordable disaster recovery plan.

Moorcroft’s timeline for complete modernization was approximately three years. But the project’s impact will reverberate for years to come.

“The mainframe had many strengths such as familiarity, performance, reliability and security,” says Dave Pickering, Moorcroft VP of IT. “A complete big bang implementation would have been a barrier. When we designed this conversion strategy we removed this barrier and significantly reduced the risk of this project to our business.”