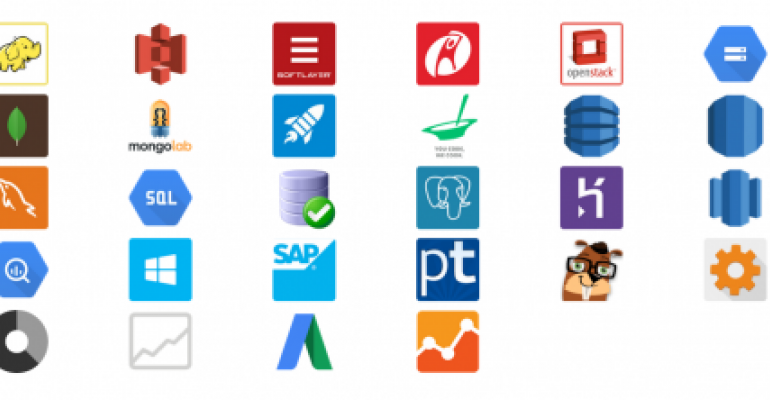 Xplenty&#8217;s platform is integrated with close to 30 other services, including SAP Hana, Rackspace and SoftLayer clouds, Google Analytics and MongoDB, among others. (Image: Xplenty)
Manage>DevOps

Xplenty, a startup with cloud-based Hadoop tools aimed at making data analytics easy for enterprise users, has raised $3 million. The company's web-based interface doesn’t require the user to know MapReduce or coding. The tools are cloud-native, and most of the customers are Amazon Web Services users.

The round will go toward marketing and advancing the product. “The Hadoop ecosystem is moving forward in terms of new products and features and we need to keep up,” Xplenty founder and CEO Yaniv Mor said. “Part of the money will be used to establish a U.S. home base to better serve North America.”

The company will also be using the money to expand its user base to clouds other than AWS. It has had a partnership with SoftLayer since before the service provider was acquired by IBM and will be part of IBM’s cloud marketplace. More said that some of its customers are Rackspace customers, but there is no official partnership as of yet.

The closest competitors would be the Elastic MapReduce service by AWS itself and dig data integration software provider Talend.

Mor said that AWS’ offering isn’t nearly as easy to use, while offerings like Talend haven’t been written natively on Hadoop and don’t necessarily run the processing jobs. “We are 100 percent service,” he said.

Xplenty and its competitors are seeking to capitalize on the trend of companies outsourcing big data analytics to cloud services.

“In terms of workloads on the cloud, there’s a trend of organizations moving or offloading to the cloud -- most of the time it makes economical sense, there’s financial value,” Mor said. “You don’t need a big infrastructure running all the time. You can fire it up when you need it, tear down the cluster when you don’t.”

Xplenty sees a growing number of examples of fully cloud-based companies that store application, log files and data on AWS, MongoDB or other relational databases and offers integration of many sources. RedShift is the data warehouse of choice for most of its customers who use Amazon's cloud.