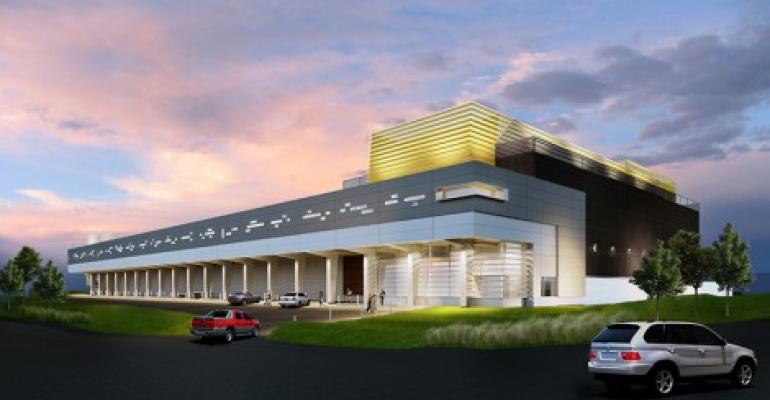 RagingWire Ashburn turned two years old in style with a who's who of the Northern Virginia Scene on hand. Construction on data center campus-doubling VA2 commences.

NTT-backed RagingWire has commenced construction of a new Northern Virginia data center that will double its footprint in the region. The company announced the groundbreaking during a two-year anniversary bash for its Ashburn campus this week.

The new two-story data center, dubbed VA2, will open with 14 megawatts and 140,000 square feet, pushing total campus footprint close to 300,000 square feet. The company expects the facility to be ready for first customer installations at the end of 2015.

The construction begins shortly after the final phase of VA1 came online, one third of which was pre-sold before it was lit up.

RagingWire and the other major area providers report strong colocation sales activity in Northern Virginia. The area is on the brink of becoming the biggest data center market in the country, overtaking New York.

It has a favorable business environment and offers healthy tax breaks, of which RagingWire is one beneficiary.

The California and Virginia data center campuses are interconnected, and with the two combined, RagingWire is on the verge of joining the one-million-square-foot club of data center providers. But the company also has its eyes beyond these two markets.

“These are exciting times at RagingWire, and our sales pipeline is growing extraordinarily fast,” said Doug Adams, senior vice president and chief revenue officer at RagingWire. “We are expanding our capacity in both Virginia and California by bringing on new data centers, as well as planning to enter new markets in the United States to ensure that we have the supply to meet customer demand.”

RagingWire first entered Ashburn in 2012, with hosting and cloud provider Dreamhost as the anchor tenant. Dreamhost is a large mass-market hosting provider with a growing OpenStack cloud play. It has 370,000 customers and 1.3 million hosted domains under management, taking up significant space in RagingWire when it expanded operations to the East Coast.

The company’s coffers are filled to support further expansion. It secured $230 million in 2013. NTT’s acquisition of a majority stake in the company gave it a parent with a growing data center strategy. RagingWire plays a central role in NTT's U.S. data center business aspirations.