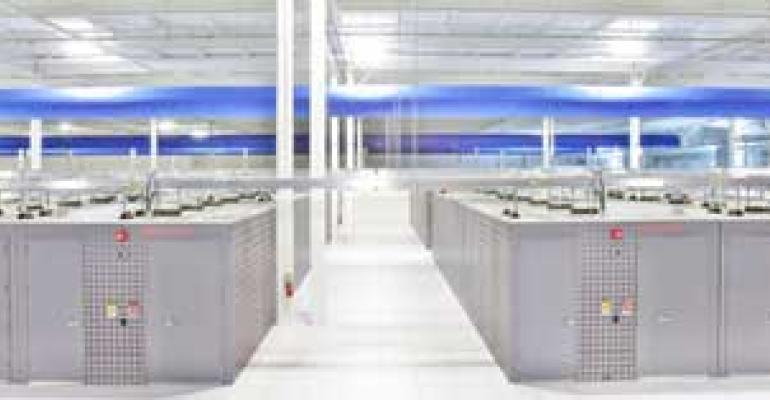 It is no secret that New Jersey is one of the most competitive data center markets in the U.S. with lots of available space across a multitude of providers.

In hopes of accelerating the take-up of capacity in its massive building in Edison – a former New York Times printing plant – IO is offering the first three months of services there free of charge. The offer ranges from single-cabinet deals to dedicated IO.Anywhere modules, Jason Ferrara, IO’s vice president of marketing, said.

Pricing in the New Jersey market has been very competitive, he explained, and customers have plenty of options to choose from. A lot of new space came on the market in 2013, as well as this year, and more is under development.

The biggest launch of the year was the opening of CoreSite’s 280,000-square-foot facility in Secaucus. Another major development was QTS' acquisition of the McGraw Hill Financial data center in East Windsor in July – a deal that has the potential to bring up to 20 megawatts of capacity to market.

Also this year, a pair of companies partnered to remodel a 15-story carrier hotel in Jersey City and market its 100,000 square feet of data center space. Another example is Sentinel’s ongoing 20-megawatt expansion in Somerset.

Differentiating with technology and price

IO’s 830,000-square-foot building in Edison is an east coast beachhead for the company. Ferrara told Data Center Knowledge in August that it had deployed 88 modules there. It assembles the modules at a factory in Arizona and ships them to its locations in the U.S. and Singapore.

IO offers space in New Jersey at market rates, but differentiates with the extra layer of physical security and rapid deployment its modular data centers enable, as well as its data center infrastructure management software. Others in the market offer traditional raised-floor space and, in case of Equinix, concrete floor with overhead cooling.

To differentiate further, IO is now offering 90 days of free colocation from move-in day. The promotional program ends at the end of the year.

In a small-scale deal, a typical cost per rack at an IO data center is about $1,000 per month. The pricing “gets more aggressive, the more power they consume and the more cabinet space within the module they take.” Ferrara said.

To bring the cost to the customer down further, IO offers free cross-connects and some basic remote-hands services.

The 90-day offer is also available at IO’s Miamisburg, Ohio, location but for a different reason. That site is comparatively small (about 26,000 square feet of data center space), and the company wants to fill it and focus on the bigger markets like New Jersey and Singapore. Also in the pipeline is a modular data center in London, expected to launch next year.

IO pitches the Ohio site as a good disaster recovery location for customers in New Jersey. “It’s far enough away, yet not too far, like Phoenix,” Ferrara said.