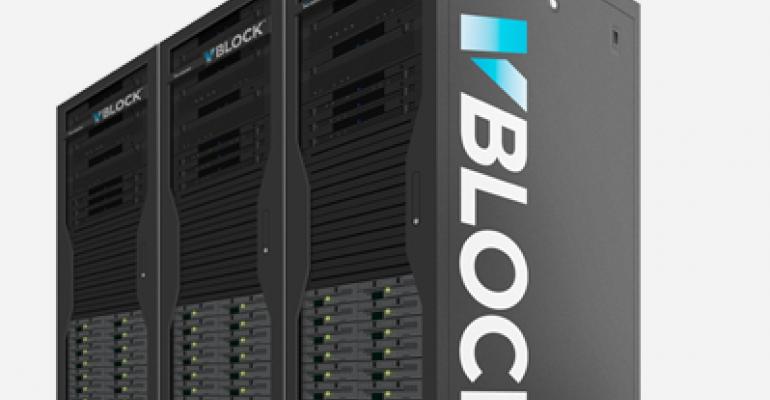 After about five years of its existence as a joint venture between EMC and Cisco, a new chapter is starting in the story of converged infrastructure vendor VCE, which will now be controlled by EMC alone.

The enterprise IT hardware giant, known primarily for its storage arrays, announced this week it had bought out most of Cisco's share in the company, whose line of solutions under the brand name Vblock combines integrated Cisco's Unified Computing System servers and Nexus switches, EMC's storage and VMware's virtualization software.

Cisco and VMware will remain strategic partners and investors, and Cisco will retain a 10-percent stake in the company. Intel was another early investor.

EMC, which owns 80 percent of VMware, expects to close the VCE acquisition in the fourth quarter.

Converged infrastructure integrates multiple technologies into one turnkey package. The converged approach has gained popularity in a very crowded vendor space for the cloud world, where several providers offer different pieces that may or may not play nice together and aren’t optimized out of the box.

In addition to being an integration point between the three tech giants' products, it will also focus on integrating EMC technologies from across the company.

“VCE was created to be a disruptive force by radically transforming and simplifying IT data center architectures, accelerating a shift to cloud computing,” Joe Tucci, EMC chairman and CEO, said in a statement. “It has been a huge success and has changed the conversation with CIOs. VCE's size, scale and market reach now requires a more traditional business structure.”

VCE CEO Praveen Akkiraju and his senior team stay aboard and existing multi-year engineering, resell and support agreements between itself, Cisco and its soon-to-be parent company remain.

VCE said it had a $2 billion annualized demand run-rate for Vblock and Vblock-related products exiting third quarter. There are about 1,000 customers with about 2,000 Vblock systems out there, according to the company.

EMC reported its third-quarter earnings the same day it announced the acquisition, announcing $6 billion in revenue -- up 9 percent year over year.

Its spin-off Pivotal saw the highest growth, at 24 percent year over year, followed by VMware at 17 percent. The Information Infrastructure unit (its storage business) saw 6 percent growth, but the VMAX high-end storage system came out late third quarter and will contribute more next quarter.

Enterprise software developer-focused Pivotal continues to be a bright spot for EMC. The company noted a significant uptick coming from Hadoop work. Pivotal has partnered with the likes of Hortonworks to make Hadoop easier.