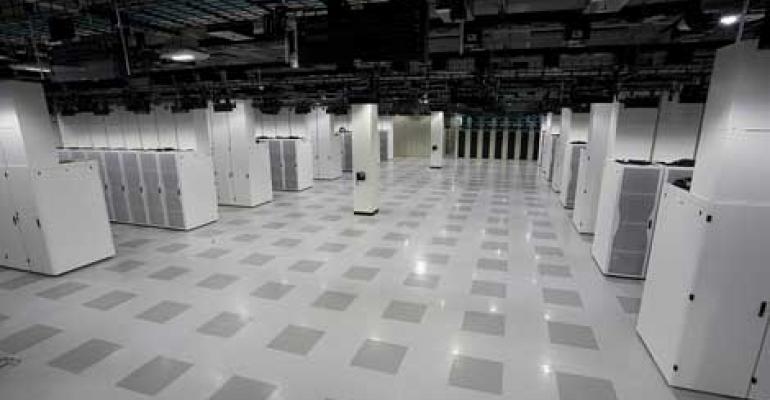 The real estate portion in the overall data center cost calculation in the U.S. is so small – compared to the cost of energy and electrical and mechanical equipment – it is rarely talked about. It is a much bigger consideration in China, however, where available physical space is in short supply and almost always comes at a premium.

David Wang, data center architect at Teradata and a China liaison for The Green Grid, introduced the new metric at the industry group’s annual forum in Burlingame, California (just outside of San Francisco), Tuesday.

SpUE is meant to be used for space the same way PUE is used for energy: to assess current status and to track improvements.

“We really need a metric for the end user to look at what the data center’s current status is in terms of space utilization,” Wang said. “It gives you clear direction where you can go.”

A 3,200-square-foot data hall, for example, may have 29 racks set up in a suboptimal configuration with a number of hot spots. Its design power and cooling capacity may be multiple times the actual load, but the ability to increase the load may be limited because of the way the racks are laid out.

SpUE is a way to assess how big or small that disconnect between design and actual load is.

Unlike the single-number PUE score, a SpUE score has two numbers: actual and potential. Each of them is a ratio that illustrates the relationship between kilowatts per rack and square feet per rack (rack power density and space density).

That 3,200-square-foot facility used as an example can potentially accommodate 72 racks instead of the 29 it has. A densely packed data hall will have space density of 20 to 30 square feet per rack, Wang said.

Whether SpUE will be adopted by The Green Grid is unknown at this point. The organization’s PUE metric has enjoyed widespread usage because of its elegance and accessibility, but Water Usage Effectiveness and Carbon Usage Effectiveness that came out subsequently have not seen similar levels of adoption.

The metric may also be more useful in China than in North America and Europe, where availability of physical space is not a big concern compared to availability of power and where companies have gotten very sophisticated in the way they build out data center capacity, bringing new space online incrementally, as demand arises.

There are about 450,000 data centers in China, Ben Tao, a senior engineer at Intel and vice-chair of The Green Grid’s technical work group in China, said. Together, they are responsible for about 1.5 percent of the nation’s total power consumption, he said.

The issue of data center power consumption is a rising concern for the nation’s government. To address it, a government body has come up with a way to rate data center energy efficiency, which Wang also talked about at the forum.

Called Green Grade Assessment, or GGA, it is meant to assess efficiency beyond PUE, although PUE is part of the calculation.

It was created by the China Cloud Computing Promotion and Policy Forum, which is affiliated with the Ministry of Industry and Information Technologies of China.

The rating consists of multiple categories, each weighted differently. The maximum energy efficiency score, for example, is 55 points, but there is also a component for energy saving technologies (35 points), green management (10 points) and bonus points.