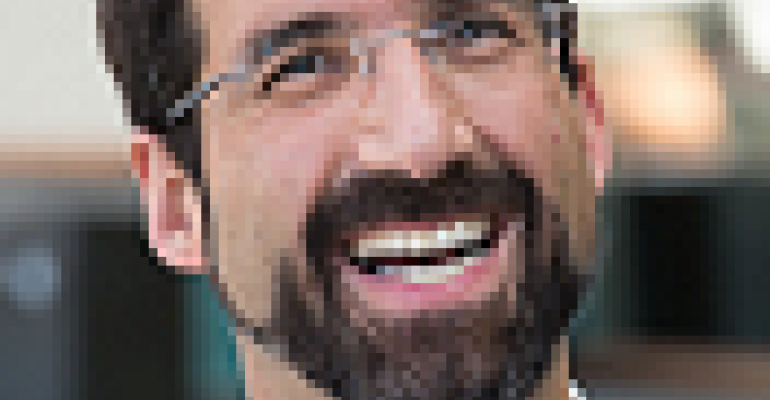 Over the years, technology vendors have worked diligently to build scalable systems with flexible payment options, writes Andres Rodriguez of Nasuni. Because of this, Enterprise IT has been able to break free from ownership when it comes to various technology solutions.

Andres Rodriguez is the CEO and Co-Founder of Nasuni, a unified storage company that serves the needs of distributed enterprises. Previously he was a CTO at Hitachi Data Systems and CTO of the New York Times.

There is a lot of pressure on today’s CIO. Enterprises are asking them to think more strategically, trim budgets, and make decisions that will drive the business forward. Juggling those responsibilities is a delicate act, and the fear of dropping the ball, especially when it comes to budgets, keeps many CIOs up at night.

Technology vendors have worked diligently in recent years to build scalable systems with flexible payment options that better fit business needs. Software-as-a-Service (SaaS) found its start with CRM, led by Salesforce.com, but the idea of moving enterprise software to the cloud quickly caught on in a wide variety of enterprise technologies. Infrastructure-as-a-Service (IaaS) followed suit, with companies like Amazon offering previously unimaginable compute and storage power in the cloud.

Yet the big hardware storage vendors have been slow to pick up on this transformation. And it’s no secret why – their margins and mindset won’t allow it. That’s why no CIO should ever have to buy storage hardware again.

A new breed of storage technology

That last statement may sound far-fetched. To those who have worked with storage hardware for their entire career, it may even sound like a terrifying proposition. But no matter how one feels about owning storage hardware, a growing number of enterprise IT organizations are already making the decision to cut the ties of storage hardware ownership in favor of enterprise Storage-as-a-Service. Those willing to swear off buying hardware are reaping enormous cost savings and management efficiencies from this new breed of storage technology.

Even the most ardent cloud skeptic would have to admit that owning storage hardware is an enormous headache. Planning for capacity is a major issue, one that is made difficult by the rapid increase in enterprise data. On average, the amount of enterprise data is doubling every year or two, which makes the traditional three-year cycles almost impossible to navigate; the CIO must either pay up front to increase capacity by far more than is currently needed, or make an emergency purchase a year or two down the line. Either way, IT is ballooning its capital expenditures balance while creating the impression that the CIO did not plan ahead.

From a financial standpoint, adopting the enterprise Storage-as-a-Service model means that IT only has to pay for usable storage, with the ability to scale up or down whenever they want. But, the advantages of no longer owning storage hardware amount to more than improved capacity planning and lower IT spending.

When an enterprise owns its hardware, all enterprise data lives in those boxes. When it comes time to synchronize data, manage and provision storage, or back up data, those boxes are no help and require IT to spend further on additional systems. Those problems are compounded as the amount of hardware and the number of offices grows, adding an additional layer of complexity that should not exist.

For example, enterprises using on-premises hardware often spend boatloads of money on complicated WAN acceleration schemes to synchronize data among different offices, which would not be necessary in a service-oriented storage model.

In an enterprise Storage-as-a-Service model, hardware (usually in the form of a cloud gateway that acts as a storage controller) is rented at minimal cost. Customers can receive upgrades and refreshes on demand, rather than being locked into a fixed three or five year purchase cycle. The backend of this system is not iron, but rather commodity cloud storage from leading providers like Amazon S3 and Microsoft Azure, with additional intelligence from the storage services vendor.

In this model, cloud storage is used in much the same way that hard drives are in traditional storage. The cloud is an enabling technology that can power a host of services including centralized storage management, backup and disaster recovery, file locking, and scalability. Best of all, using the cloud as a backend eliminates any single point of failure in the storage system.

Breaking free from the shackles

For CIOs to gain the same functionality with a traditional storage setup, they need to pay extra for a management layer and for backup/DR software, and, of course, for more storage to handle the backups. It’s a system designed to benefit the storage hardware vendors, not the businesses consuming the storage. It’s time for CIOs to look to vendors who are building systems that meet the needs of today’s enterprises instead of its need to sell more of its legacy, on-premises storage hardware.

The transformation that has happened in IT over the past few years is a services revolution. Enterprise IT has freed itself from the shackles of ownership when it comes to a variety of technologies, and it’s time they do the same with storage hardware. Simply put, they never need to own it again.