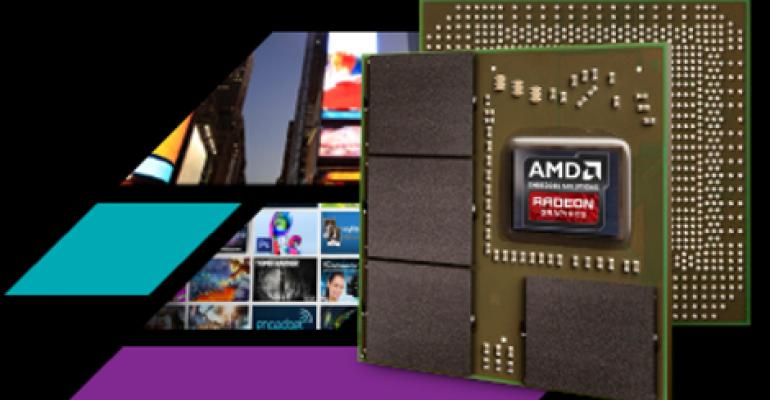 Says differentiating through technology IP will be a strategic focus

Investing in differentiation through intellectual property and product design capabilities will be the highest priority for AMD’s newly appointed CEO Lisa Su.

The company announced Su’s promotion from chief operating officer Wednesday afternoon. She is replacing Rory Read, who has been in the chipmaker’s CEO role since early 2011. Reed will remain in an advisory role through the transition process until the end of 2014, the company said.

The stock market did not take the news well. AMD shares were down about 6.7 percent in after-hours trading following the announcement.

Read reassured analysts on a conference call Wednesday that the change in leadership was pre-meditated and planned by himself and the board of directors (he is giving up his board membership as well). “We hired Lisa, we developed Lisa, and we saw her grow to be positioned and ready to take it to the next level,” he said.

Su, 44, joined the company in 2012 to lead its product strategy, product definition and business plans. She was promoted to COO this past June and tasked with implementing a major restructuring, consolidating AMD’s various units into two business groups: Computing and Graphics Group and Enterprise, Embedded and Semi-Custom Business Group.

She and Read pitched this week’s leadership change as the next step in AMD’s transformation which will be focused on developing more technology to differentiate. “It really is about delivering the next step of leadership IP,” Read said, pointing out Su’s extensive experience as a technologist and qualifications to deliver the next generation of IP for AMD processors.

“She’s a semiconductor professional,” he said. “She knows this space.”

Su did not provide any specific plans for future technology roadmap, but said that much of the development will be focused on leveraging the company’s existing IP. The amount of the world’s interconnected devices is growing rapidly, and they will continue to be powered by x86 processors, ARM processors and GPUs. AMD has extensive IP in the x86 and GPU space and has been hard at work on ARM technology over the past several years.

Su said it was critical for the company to grow in enterprise, embedded and semicustom processor markets. “It is very much about choosing the right product investments,” she said.

ARM has been one of the heaviest investment areas for AMD. The company was one of the first to market with 64-bit ARM Server-on-Chip devices.

Su does not expect the low-power chip architecture, licensed from UK’s ARM Holdings, to displace x86, however.

“I do believe … x86 and ARM will coexist,” she said. “ARM products are quite important to us, as well as the x86 roadmap.”

While it has been one of the leaders in ARM SoCs for servers, it has serious competition in the space. Earlier this month HP announced availability of its first server product powered by 64-bit ARM, choosing X-Gene SoCs by AMD competitor Applied Micro for the system.

The man who for a long time was the public face for AMD processors based on the ARM architecture, Andrew Feldman, left the company earlier this year, around the same time Su was appointed as COO.

Feldman came on board after AMD acquired his microserver startup called SeaMicro in 2012. AMD has not discontinued the SeaMicro server line and has been shipping the systems with its own as well as competitor Intel’s processors.

Su plans to forge ahead with the SeaMicro microserver business, although she does not expect it to bring significant results until three to five years from now. “This is a new market, and it is a market that we believe will be very important,” she said.