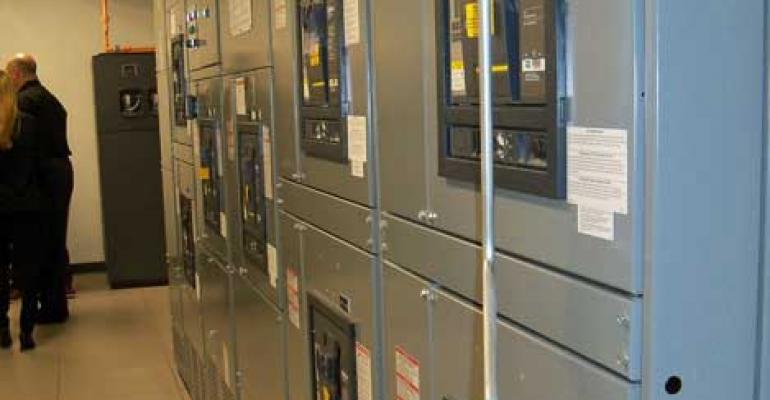 Internap has completed the second phase of its Secaucus, New Jersey, data center, doubling current space and power capacity. The data center's first phase launched only in January of this year.

The facility is key to Internap’s ambitions in the New York market, where the company says it offers higher power densities than competing facilities. Phase 2 adds another 13,000 square feet and 1.4 megawatts, equal-sized Phase 1 nearing capacity.

Internap said some of its customers drew 15kW per rack. The average power draw in Secaucus (not provisioned or expected draw) is already upwards of 150 watts per square foot. “Based on the circuits in the installation queue, it will only go higher,” Michael Frank, vice president of data center services at Internap, said.

“The ability to hybridize IT infrastructure is another key offering that differentiates our data centers in the New York Metro market,” Frank on Internap’s blog.. “More and more customers are interested in using hybrid services within the data center, and we expect to see a larger number of AgileCLOUD customers in Phase 2 than we currently have in Phase 1.”

Prologis built the property in 2012. Internap moved in July 2013 and began building out its data center infrastructure. Internap has the ability to expand up to 22 megawatts and 60,000 square feet of technical space there.

In addition to offering higher power densities, the facility is also at a higher elevation, a key consideration for an area of New Jersey that was hit by Superstorm Sandy a few years ago.

In the New York Metro, Internap also has a full facility at 75 Broad Street in Manhattan. It also has been migrating customers out of its data center at 111 8th Avenue in Manhattan, as its lease with building owner Google is expiring at the end of this year.