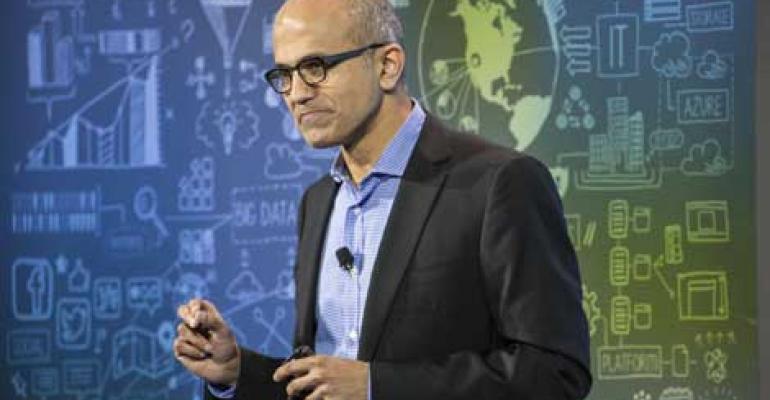 With the consumer edition of Windows leapfrogging version 9 for version 10, Microsoft surprised many by announcing Technical Preview builds of yet-to-be-named editions of Windows Server and System Center. Released on October 1, these very early previews are being provided, uncharacteristically, to a broad audience for testing. The last Server release was code-named Windows Server 8, so perhaps the next release will follow suit and become Windows Server 10.

Although it has not given much detail on this, Microsoft said it will change how platform products will be released. The only hint given was that the company is trying to deliver the best of both worlds - for those who favor stability and predictability and for others who want access to the latest and greatest technologies as fast as possible.

Microsoft knows a thing or two about running global-scale clouds and data centers, and its Server and Cloud Platform team says they are taking two core components of that cloud platform, Windows Server and System Center, and bringing them to the new releases. Add Azure into that mix and you have the foundation of the Microsoft Cloud OS vision.

One of the interesting features listed on the future Windows Server is support for rolling upgrades of Hyper-V clusters without downtime for workloads. New components for its SDN stack feature a network controller role to manage virtual and physical networks. Microsoft says new synchronous storage replication plus storage Quality of Service will help deliver minimum and maximum IOPS in environments with workloads with diverse storage requirements. Windows PowerShell advances to version 5.0, with new security features, support for developing with classes and new features in Windows PowerShell Desired State Configuration (DSC).

The company is planning to discontinue support for the old Windows Server 2003 in July 2015. Microsoft said last month that it estimated that nearly 40 percent of the entire Windows Server install base was still that 2003 version.