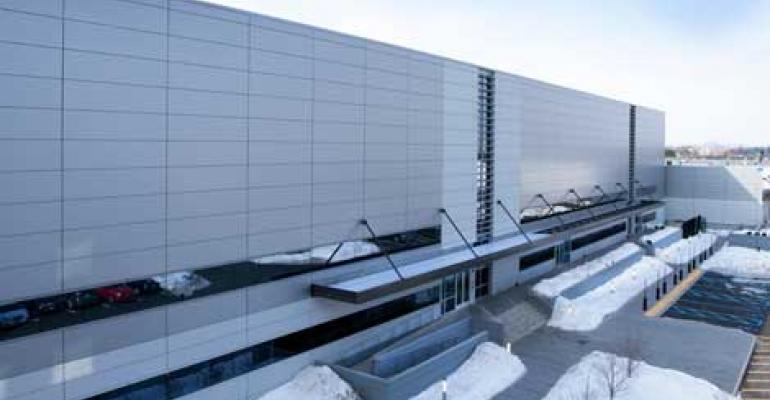 There are many ways to reduce data center power consumption, and Billie Haggard’s team at CoreSite Realty Corp. leaves nothing off the table when it comes to optimizing their 16 U.S. facilities for energy efficiency.

CoreSite and its biggest competitor Digital Realty Trust are the only data center providers that have joined the White House’s Better Buildings Challenge. Each participant in the challenge commits to reducing (verifiably) energy consumption of a set of buildings in their portfolio by 20 percent between 2011 and 2020.

Earlier this week the Department of Energy, which oversees the program, announced that 19 organizations (including CoreSite and Digital Realty) have joined it specifically to reduce energy consumption of their data centers, as opposed to other types of buildings. The only other private-sector entities on the list were Schneider Electric, eBay, Staples and Home Depot. The others were government organizations.

CoreSite has had its own portfolio-wide energy efficiency program since 2010, Haggard, senior vice president of data centers at the company, said. The program is strategic in nature, a part of CoreSite’s business plan.

Haggard’s primary reason for joining the White House program was the opportunity to work as part of a think tank, together with data center heads of government agencies and other companies. There are benefits in sharing knowledge, resources and ideas about data center power efficiency, he said.

After working in the data center industry for 14 years, however, he is probably more a mentor than a student in the group. Before CoreSite, Haggard worked for Lee Technologies, a provider of technical services to data center operators acquired by Schneider in 2011, and Switch and Data, a colocation provider Equinix gobbled up in 2009.

No stone will be left unturned

Since the Green Buildings Challenge allows participants to use energy consumption data from 2011 on retroactively, Haggard’s team at CoreSite is planning to include improvements they have made over the past three years in the energy reduction calculations they present to the DoE. CoreSite chose 10 of its 16 facilities to participate in the challenge.

Past and future improvements can be everything from replacing inefficient UPS systems and cooling equipment to fine-tuning chillers or implementing data center infrastructure management software.

“We may find that operating three chillers at 33 percent [of total capacity] is more efficient than operating a chiller at 100 percent,” Haggard said.

Another trick is expanding use of waterside and airside economization (known as free cooling) hours. The latest ASHRAE guidelines for data center IT equipment allow for warmer ambient temperature on the raised floor than before, so data centers can use free outside-air cooling in more locations and over longer periods of time.

CoreSite has also been implementing a DCIM solution across its facilities. Echoing a common sentiment, Haggard said there wasn’t a DCIM product on the market that did everything his team wanted it to do, so they’re using a combination of off-the-shelf DCIM tools and proprietary home-baked software. “There’s not a single DCIM package out there that meets all of our needs,” he said.

Replacing old-school humidifiers that work by boiling water to turn it into steam with modern ultrasonic ones is another big source of savings. The old technology in a computer room air handler could require as much as a 50 Amp breaker, while the ultrasonic alternative (which vaporizes water by vibrating it at ultrasonic frequencies) needs 20 to 30 Amps, Haggard said.

How much of it will be a ‘paper exercise?’

Together, the 19 organizations that recently joined the Better Buildings Challenge represent more than 90 megawatts of data center power, according to the DoE. While there are only two data center operators participating, they have some of the largest real estate portfolios in the country.

Digital Realty has not yet identified the block of facilities it will use for the challenge, but if it ends up being of similar size to CoreSite’s block, a 20-percent energy use reduction across that many big data centers can make a big difference.

However, neither company has said how much of that energy-use reduction will have come from improvements they have made already, regardless of the White House challenge. David Schirmacher, senior vice president of data center operations at Digital Realty told us yesterday he was not planning to do any “paper exercises” to get to the 20 percent. How much of the effort on every participant’s part will not be a paper exercise is what will determine the actual impact of their participation.