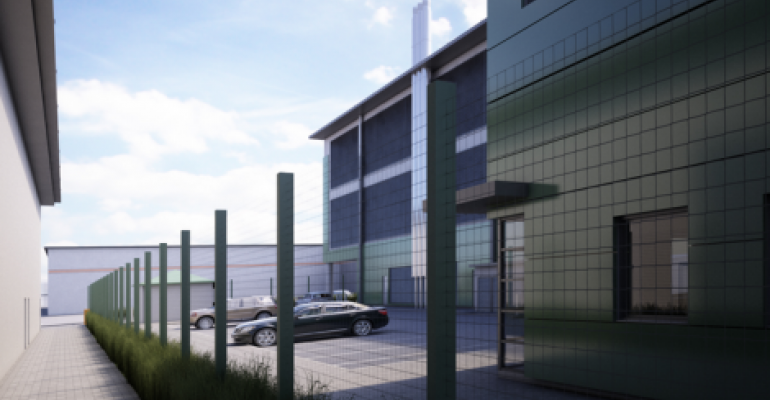 Company has some unique takes on the data center, including indirect fresh-air evaporative cooling technology, and offering free DCIM to customers

Built in Hayes, just outside of London, the facility offers customers 11.4 megawatts of IT load across 65,000 square feet of space. Densities up to 40kW per rack are possible in some spots. The Uptime Institute has awarded Tier III Certification of Design Documents to the data center.

Virtus builds its data centers modularly with an emphasis on efficiency through a method it calls ‘intelligent by design.’ It has six data halls all capable of being subdivided, offering clients anything from a cabinet to a suite with dedicated power and cooling.

Through a dashboard called Virtus Flex, customers can monitor their IT power usage in real time, flex their contracted space and power up or down according to demand.

The building is away from main roads and behind a five meter-high security fence, with 24/7 security. It is close enough to central London for low-latency performance and active-active replication but far enough to meet government and financial services business continuity standards.

The data center is strategically positioned between existing fiber routes running to the north and south of the data center. It also has around 10 carriers so far, six of whom are fiber owners and operators: BT, Virgin Media, COLT, euNetworks, Zayo and SSE. Virtus constructs multiple, diverse sub-ducts to give carrier partners easy access to thousands of fiber pairs.

The facility touts five customers upon opening. These include the expansion of existing customers and cloud service providers C4L and Exponential-e, which take space in the company's other London colocation facility, London1, built in 2011.

“We are delighted that the project has been completed on time, on budget, and that five valued customers as well as 10 carriers have signed up for London2 before the doors have opened,” Virtus CEO Neil Cresswell said.