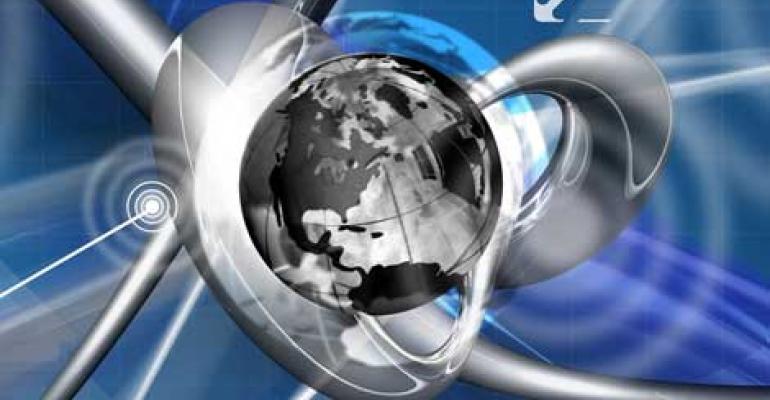 DE-CIX has the first XRS-40 deployment outside of North America, while Telehouse expands its global carrier network to important hub of New York

It is the first deployment of the XRS-40 outside of North America, according to Basil Alwan, president of Alcatel-Lucent’s IP Routing and Transport division.

The upgrade is designed to increase the density and scalability of the exchange, while capacity is added to better serve customers. DE-CIX has added 80 new customers to the Apollon platform this year.

Apollon is an Ethernet interconnection platform that consists of a 100 Gigabit Ethernet-capable switching system that supports a large number of 100 GE ports across the switching fabric.

The XRS-40 system combines two XRS-20 chassis back-to-back, allowing DE-CIX to aggregate more customers on a single edge router, as well as keep IX traffic local. It will also reduce the amount of traffic that needs to be routed through the Apollon core nodes, which are based on XRS-20 platforms, keeping latency low and data flow manageable in its growing marketplace.

“No other IXP continues to upgrade to the latest generation of available hardware at the same speed as we do,” Frank Orlowski, chief marketing officer at DE-CIX, said.

TeliaSonera International Carrier (TSIC) has expanded its network into data center provider Telehouse’s New York Chelsea facility. This will be the seventh Telehouse data center with a TSIC network presence.

TSIC owns and operates its 100G-enabled fiber network, which has more 200 PoPs (Points of Presence) worldwide. Network expansion is a continuous, ongoing process.

Telehouse Chelsea is located at 85 10th Avenue. It has 60,000 square feet of colocation space and offers connection to the company’s New York International Internet Exchange (NYIIX), one of the world’s largest peering networks.

Telehouse is best known for its European and Asia Pacific footprint, making TSIC’s global network a good fit. In the U.S., Telehouse continues to grow. It has a second New York facility in Staten Island and a data center in Los Angeles, making for a combined footprint of 235,000 square feet.

The New York metro is a key market for carriers and data center providers alike.

“TSIC has maintained a long-term presence in the New York metro market, which to this day remains a critical aspect of our North American network,” said Ivo Pascucci, regional director, Americas for TSIC. “The addition of several strategic regional PoPs as well as the Telehouse Chelsea data center provides our customers with greater reach and network diversity throughout the New York market, as well as across the nation and into Latin America."