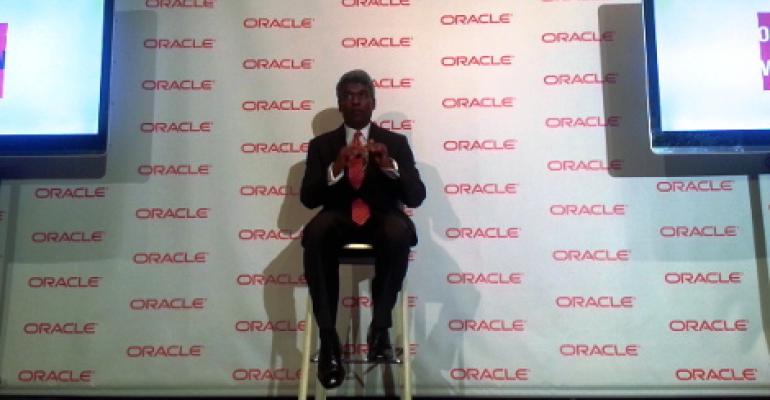 Oracle in Discussions to Bring Cloud Data Center to China

Oracle may soon partner with a Chinese service provider to establish an Oracle cloud data center in China to provide services to customers in the country.

Thomas Kurian, Oracle’s executive vice president of product development, said the company was currently in discussions with several players who could help it establish data center presence in the country but had not made any concrete decisions yet.

“We haven’t made a decision on who,” he said during a press conference at Oracle OpenWorld in San Francisco Tuesday. “As soon as that happens ... you’ll see a number of partnerships.”

Oracle already has customers in China using its cloud-based software services, such as HR, ERP or CRM. A local data center would improve service performance for those customers and enable the company to serve customers that have to have their data stored within the country.

Cloud service performance usually improves when a service is hosted at a local data center instead of one overseas. While this is true elsewhere around the world, it is an even bigger deal in China.

The Chinese government’s Internet surveillance and censorship system called Golden Shield – also referred to as the Great Firewall of China – can slow down Internet traffic crossing the country’s borders and cause errors, Brian Klingbeil, senior vice president of international development at CenturyLink, which recently established a data center in Shanghai, said.

Even though CenturyLink has data centers in Hong Kong, Singapore and Tokyo, it decided to launch one in mainland China to improve performance for local customers as well as to serve the more location-sensitive organizations in the country.

A partnership with a local provider is a must for a foreign company to establish data center presence in China, where regulations preclude outsiders from doing business on their own. CenturyLink is using Chinese IT services provider Neusoft to buy hardware and lease data center space from a company called GDS in Shanghai on its behalf.

Oracle is likely to do something along similar lines if it does decide to start hosting cloud services in China.

At the kick-off of this week’s conference in San Francisco the company announced it would establish two data centers in Germany to host Oracle cloud services. It is using data center providers Interxion and Equinix to do that.