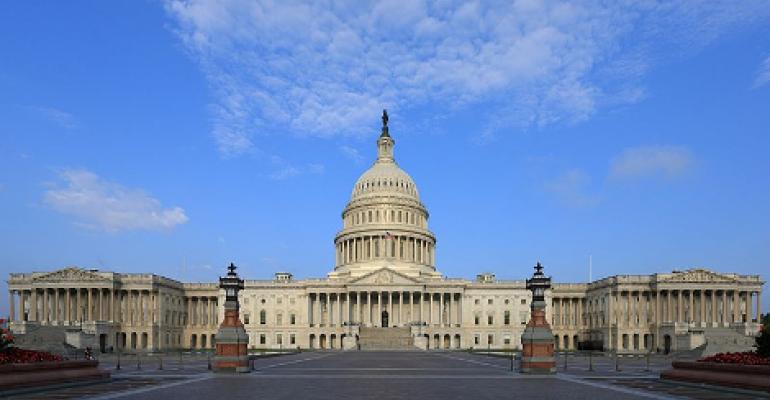 The U.S. Senate has voted in favor of legislating consolidation of the federal government’s out-of-control data center portfolio earlier this month.

The bi-partisan bill, titled the Federal Data Center Consolidation Act, seeks to ensure that the 24 agencies that are part of the Federal Data Center Consolidation initiative (now in its fifth year) follow the action plan set out by the initiative and implement regular reporting on the progress. It would also legislate oversight of the initiative’s progress by the Office of Management and Budget and the Government Accountability Office.

By the most recent count, the agencies involved have about 9,600 data centers around the country. GAO estimates that the government stands to save about $3.1 billion if agencies shut down unnecessary data center capacity.

FDCCI, rolled out by Vivek Kundra (the first White House CIO ever) in 2010, set out a series of deliverables on a timeline for agencies, which consisted of the basic stages of inventory, identification of unnecessary facilities, creation of consolidation plans and execution. There are also reporting requirements along the way.

But, as GAO has found repeatedly throughout the initiative’s life, many of the agencies have struggled to meet the deadlines. Some even failed to complete inventories.

The latest GAO report on FDCCI’s progress was published last week. It found that not were many agencies still behind on creating consolidation plans, they were also unable to accurately track or forecast savings achieved from consolidation. Some couldn’t even produce as much as the baseline power consumption figures for their data center.

The GAO found that the agencies’ total savings estimate was about $880 million, as opposed to its own estimate of $3.1 billion. Some couldn’t calculate their baseline data center costs, while others were simply underreporting the savings they were expected to achieve.

Senator Tom Coburn, an Oklahoma Republican and one of the bill’s chief sponsors, said GAO itself considered the piece of legislation essential to ensuring progress. “The bill is a crucial component in our efforts to reform the way the federal government acquires and manages IT,” he said in a statement.

The GAO has endorsed the bill, which also enjoys support by the Professional Services Council and the IT Industry Council.