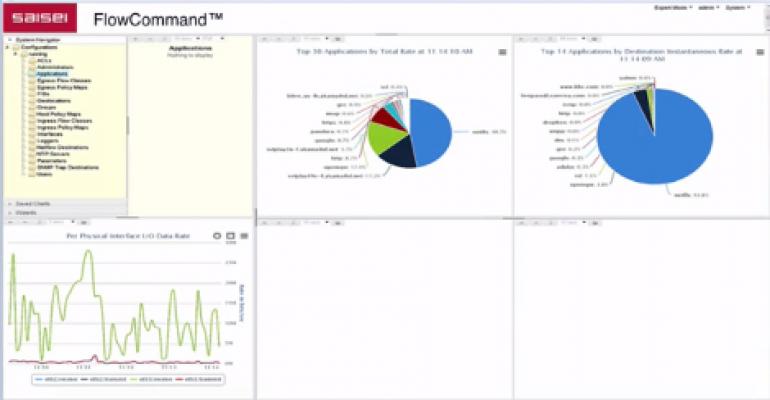 The Saisei product family consists of FlowCommand, FlowEnforcer and FlowVision software that can be distributed as virtual machine images to run on hypervisors or packaged on commodity x86 hardware. FlowCommand rasies routed IP link utilization from 50 percent to more than 95 percent, the company said.

The company claims FlowCommand can concurrently monitor up to 5 million flows on a 10G network link 20 times per second and control every flow based on user-defined policies.

Saisei also says its patented flow processing engine enables support for the management and control of up to 1 billion external hosts.

Saisei is a member of Intel's Network Builders program and uses the Intel Data Plane Development Kit software libraries. This plays a critical role in software-defined networking and network functions virtualization, as its customer migrate over to SDN and NFV.

Earlier this summer Saisei joined the Open Networking Foundation to contribute and collaborate with the community on networking innovations.