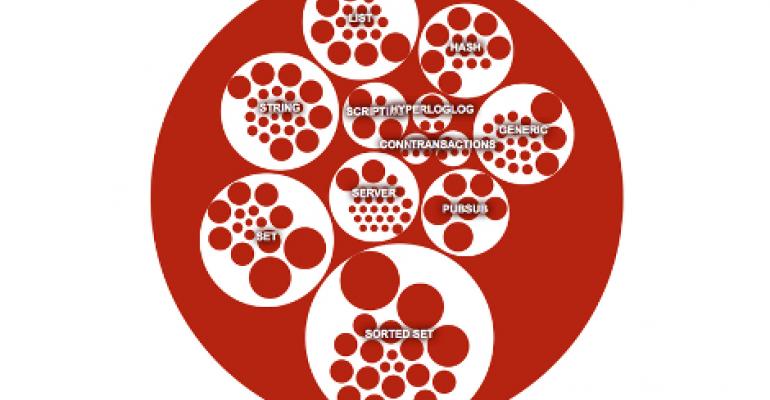 More than 60,000 database instances spun up in Redis cloud since 2013 launch

While open source Redis provides high performance because it leverages RAM, like many open source tools, it is difficult to manage and scale in production.

The company also said it has more than 17,000 free customers using its cloud database for small-scale deployments. Many of these customers graduate to the paid service, Redis Labs CEO and co-founder Ofer Bengal said.

Redis started in 2009 and counts Twitter, Pinterest, Tumblr and GitHub among early adopters. Snapchat is among more recent users.

Redis Labs does very well with verticals like multiplayer games and online advertising, where processes and decisions need to occur fast on the database front.

“We developed a very extensive technology that overcomes the limitations of open source Redis,” Bengal said. “We offer enterprise-class Redis. We built our first product line which was Database-as-a-Service, offering Redis in a fully managed service in multiple clouds.”

Redis Labs scales everything behind the scenes, adding resources as needed, unbeknownst to the customer. It also offers high availability. Users can create in-memory replicas in and across data centers and clouds.

“If a node fails, we immediately switch and serve the application from a replica,” Bengal said. “We had 150 cases of node failures over the last year, and five complete data center outages without any loss of data. Customers didn’t even know something happened because it didn’t affect them.”

The service is offered in Amazon Web Services, Microsoft Azure, Google Cloud Platform and IBM SoftLayer. Bengal says that the service is also offered through several channel partners, most of them Platform-as-a-Service providers like Salesforce.com’s Heroku, IBM’s BlueMix and Pivotal.

The service is in 10 different cloud regions and 15 data centers. “We operate 28 clusters with hundreds of nodes,” said Bengal.

“Today, the world has changed in terms of how to use databases,” he said. “A few years back a company would choose one database. Today’s applications use multiple databases."

The biggest knock against Redis is that it can be expensive, since it operates in RAM instead of disk. The benefits and performance needs have driven adoption nonetheless.

Redis Labs has raised $13 million in venture funding from Bain Capital Ventures, Carmel Ventures and others.