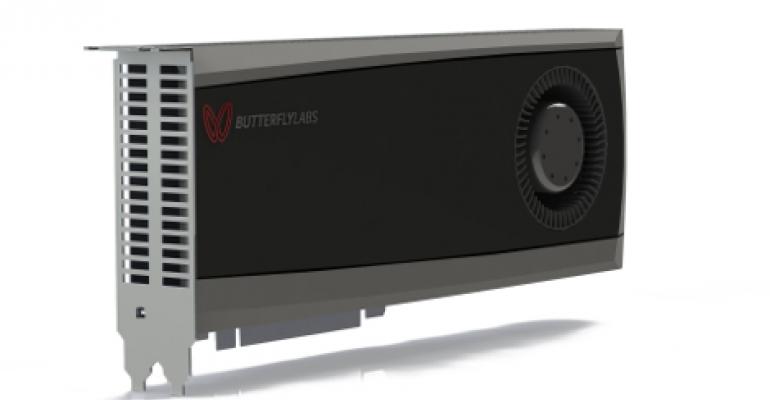 A federal court shut down Missouri-based seller of Bitcoin miner servers called Butterfly Labs Tuesday. The company was accused of taking money from customers and either not shipping the equipment at all or shipping it so late that it was outdated and useless.

The court shut the company down at the request of the Federal Trade Commission, which said Butterfly had charged customers “thousands of dollars,” but failed to provide the Bitcoin miners until they were “as effective as a room heater,” according to an FTC announcement.

Jessica Rich, director of the FTC’s Bureau of Consumer Protection, said the commission was pleased with the court’s decision to grant its request. “We often see that when a new and little-understood opportunity like Bitcoin presents itself, scammers will find ways to capitalize on the public’s excitement and interest,” she said in a statement.

Sales of Bitcoin miner computers has grown into a big business, but new generations of more and more powerful miners come out frequently because of the nature of the process of mining for virtual currency. The more Bitcoin gets mined the more complex the algorithms the servers need to crunch through become, requiring increasingly powerful processors.

These are simple but high-octane machines, and because they have so much processing power, they require a lot of cooling, which has spawned a growing niche in the data center market. Some colocation providers have set aside space just to serve mining customers, who need high power densities and a lot of cooling, but not necessarily the high levels of reliability needed by typical mission-critical customers.

The FTC complaint alleges that Butterfly has charged customers anywhere between about $150 and $30,000 for one of its BitForce Bitcoin miner, depending on model. In some cases the servers never came and in others they were obsolete or near-obsolete by the time the company shipped them.

Buttefly started advertising the product in June 2012, saying it was in its final stages of development. The company promised to deliver them by October of that year, but did not deliver a single machine by April the following year.

As of September 2013, more than 20,000 customers who had paid in full did not receive their BitForce servers, according to the FTC complaint.

The story repeated itself with Monarch, Butterfly’s next-generation Bitcoin miner, which the company started advertising in August 2013 but had not shipped a single machine as of August of this year.

The company frequently failed to provide refunds to the affected customers, according to the allegations, and its reps were unreachable.

In addition to selling servers, Butterfly also offered mining services, on which it also failed to deliver to paying customers, according to the FTC. It was charging $10 per gigahash of processing power per year for the service.

A gigahash is a unit of measurement of Bitcoin mining compute power. The FTC referenced an estimate that to generate a significant amount of Bitcoin one would need about 1,000 gigahashes per year.

The company said it would use the Monarch cards to provide its "cloud mining" services out of its Kansas City data center as soon as the cards "come off the production line."