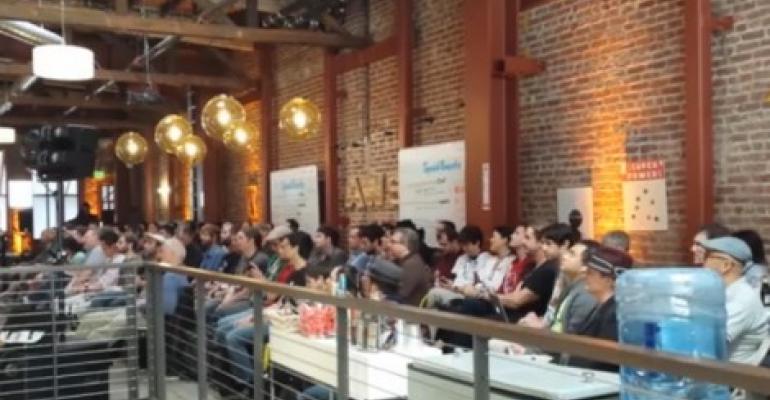 The AWS Pop-up Loft opened for one month in June, attracting lots of visitors, and will open its doors for an extended period of time once again in October.
Cloud

Amazon to Reopen AWS Training Hangout for Startups in SF

Intel, Chef sponsor AWS Pop-Up Loft on Market St, a space for training and technical advice, networking and hanging out.

Amazon is preparing to reopen its AWS Pop-up Loft in San Francisco in October, where it will offer technical expert advice, AWS training courses and labs for startups using its cloud. Besides being a space for learning, the loft on Market Street will also be a place to network, hang out and work, the company said.

AWS opened the loft for one month in June, but later closed it to build it out. Ariel Kelman, vice president of worldwide marketing for AWS, said the space was very well attended during that temporary opening.

“During that month, thousands of people visited the AWS Loft for hundreds of hours of appointments, sessions, training, and hands-on labs to gain a deeper understanding of AWS,” he said.

Among startups that attended and were happy that they did were folks from CircleCl, a testing and deployment platform for web application developers, Coin, a company working on a chameleon credit card device, a sort of a virtualized credit card that can switch between up to eight different credit cards, and Twilio, a platform for building voice, VoIP and SMS apps.

The Pop-up Loft is sponsored by Intel and Chef. Intel is planning to demo some of its recent technologies and host talks. Chef will provide DevOps-oriented talks and training in the space.

Amazon didn’t say how long the loft would stay open this time around, but the event schedule on its website extends from October through early November.