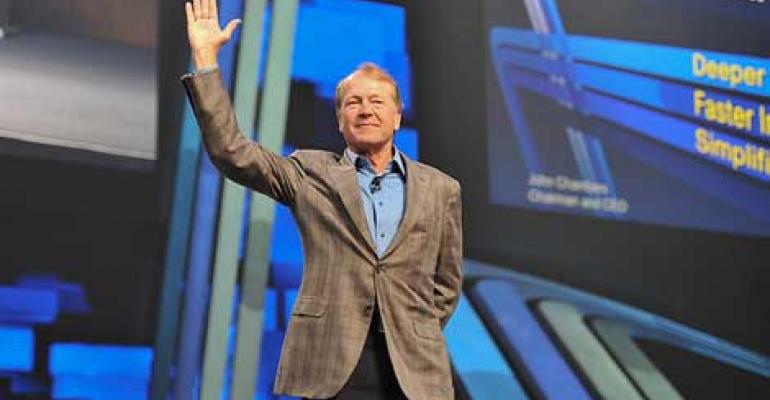 Cisco has agreed to buy Pasadena, California-based Metacloud, a private OpenStack cloud provider, adding yet another facet to the Cisco cloud strategy. Metacloud employees will join Cisco's Cloud Infrastructure and Managed Services organization. The acquisition is expected to close in the first quarter of fiscal year 2015.

Metacloud offers turnkey private OpenStack clouds to enterprises that can be hosted or deployed on premises. The company recently raised $15 million and its install base has been growing quickly.

Metacloud claims its solution is around 35 to 40 percent cheaper than public cloud on average, plus it comes with the advantages of a private solution, such as reliability and security.

The acquisition also comes with Metacloud's recently launched hosted service. Initially, the company started with running and managing production-ready private OpenStack clouds on-premises. The Infrastructure-as-a-Service business is a small but growing part of its revenue and gives Cisco cloud a managed private OpenStack offering. So far Metacloud has leveraged Internap as its data center provider for the offering.

Metacloud has built a turnkey, scalable OpenStack solution that has been growing in popularity among enterprises. The company will be folded into Cisco’s cloud ambitions, which the company dubs “Intercloud,” a cloud of clouds, a focus on enabling hybrid cloud usage in the enterprise. Cisco’s roots are at the heart of the network so its strategy is around connecting all the pieces.

Cisco recently said it would invest $1 billion in its cloud play. All major enterprise IT incumbents, such as HP, IBM and VMware, have been increasing cloud investment. These pledges promise to accelerate major acquisition and consolidation trends in the cloud space. Consolidation is already beginning to occur, as this acquisition and HP's recently announced acquisition of Eucalyptus confirms.

OpenStack continues to land on the radars of the major tech giants. Cisco already has its sights on OpenStack, with its [email protected] team busy launching OpenStack-ready versions of Cisco infrastructure. The company  recently teamed up with Red Hat on an integrated infrastructure solution for OpenStack.

It would be beneficial to Cisco cloud to retain the Metacloud team as the founders have a strong pedigree. Co-founder CEO Sean Lynch was previously at Ticketmaster’s infrastructure engineering team, ultimately running global operations for a company with $9 billion in annualized revenue. Co-founder and president Steve Curry was a founding member of Yahoo's storage operations team, responsible for hundreds of petabytes of online storage, backup data and media management.

“Cloud computing has dramatically changed the IT landscape," said Hilton Romanski, senior vice president, Cisco Corporate Development. "To enable greater business agility and lower costs, organizations are shifting from an on-premise IT structure to hybrid IT – a mix of private cloud, public cloud and on-premise applications. The resulting silos present a challenge to IT administrators, as choice, visibility, data sovereignty and protection in this world of many clouds requires an open platform. We believe Metacloud’s technology will play a critical role in enabling our customers to experience a seamless journey to a new world of many clouds, providing choice, flexibility, and data governance.”