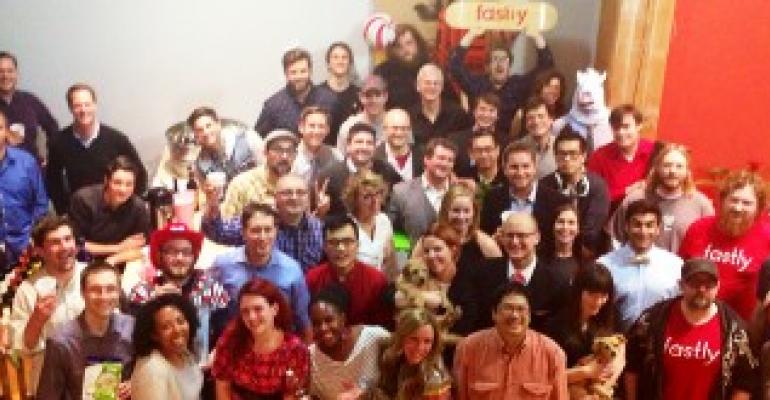 Fastly will build more points-of-presence (POPs) in strategic locations around the world, hire executive and engineering talent and develop product partnerships. Over the past year, the company has tripled both its employees and customer base. Customers include Twitter, Github, GOV.UK, popular image sharing site Imgur and U.K. news organization The Guardian.

The big differentiators for Fastly are a focus on dynamic applications and content, being very transparent, being friendly to the DevOps community and an emphasis on mobile and APIs.

"We’re a CDN that’s focused on the content people want to deliver today," said CEO Artur Bergman. "Dynamic and semi-dynamic, longtail content, API, more application infrastructure in general, not just the traditional content. We have some key features such as instance cache, quick purging to get rid of a piece of info, real-time log files and real-time stats. All of this lets you put content on the edge that you couldn't previously put on the edge."

Fastly is the only CDN built on the open source Varnish, which was designed as an HTTP accelerator. Bergman wrote parts of the Varnish code along with engineer Fastly Rogier Mulhuijzen. "The [Varnish] configuration language is extremely flexible," said Bergman. "People are used to configuring Varnish inside their own data centers. Now they can do this and deploy across the world. Whatever you can do inside your own data center, you can now do at the edge."

Fastly uses a distributed system that synchronizes purges across all of its global caches. A 150-millisecond instant purge updates the customer’s content in a speedy fashion. The company claims its Varnish-based caches have up to 12x the performance and capacity of traditional caches.

David Hornik, general partner at August Capital, said, “The team has completely evolved the legacy CDN technology model to give companies unprecedented control over how they serve and monitor content online.”

Fastly is similarly challenging traditional content delivery networks with a different spin. The CDN is built on all solid-state drives (SSDs) with POPs located close to subscriber networks. Through caching at the edge, the CDN is built to accelerate any type of content whether dynamic or static, from HTML and APIs to streaming video.

Fastly will continue building and optimizing its own custom architecture and strategically expanding POP locations around the world. Future POP locations include Denver, Melbourne, Osaka, São Paulo, Seattle and Stockholm.