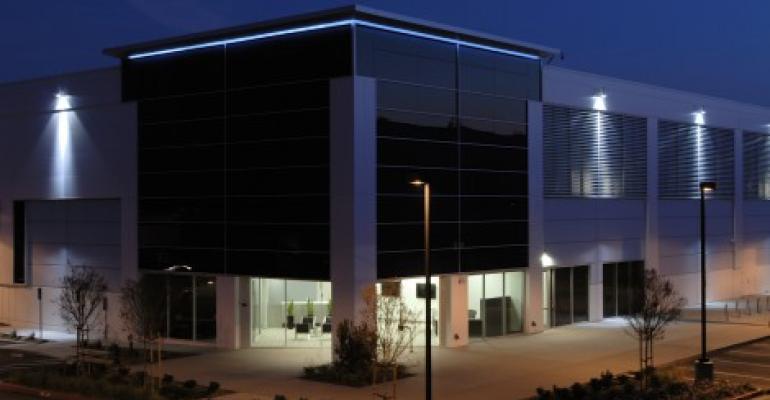 Saying you don't have to be Facebook to take advantage of open source hardware the social network's engineers have designed for it, Vantage Data Centers is pitching its Santa Clara V2 facility in the Silicon Valley to customers interested in using the stripped-down, or "vanity-free," gear to power their applications.

Vantage has become a member in the Open Compute Project, the Facebook-led open source hardware design initiative. Other data center providers that support the project include Rackspace and IO, both of whom have built public cloud services using the designs.

Vantage's interest doesn't lie in cloud services, however. It’s roots are in selling wholesale data center space, but recently the company has been moving toward what it calls a “wholo” model, a middle ground between wholesale and colocation. The provider lets companies start with a 0.5-megawatt deployment and grow into wholesale eventually. Its competitors, such as Digital Realty Trust and DuPont Fabros Technology, have been introducing similar changes.

Model changes also include becoming more hands-on with the customer's architecture. A traditional wholesale customer taking down 3 megawatts usually knows what they want, while smaller customers often need some guidance. It is this latter group that Vantage's "OCP-ready" pitch is aimed at.

“For mid-size enterprises with IT capacity of 100-200 racks, migrating [to OCP] would absolutely be a benefit,” Chris Yetman, senior vice president of operations at Vantage, said, suggesting the transition can be done during a routine IT refresh. “Everybody does tech refreshes. With OCP, they will run the same availability for less power.” He believes mid-market enterprises can realize the cost, efficiency and scalability benefits of Open Compute. "The basics behind design are to make a data center efficient,” he said. “Whether you’re using exact [OCP] designs or principles, this is the future and the right direction to head.”

An open compute server runs at higher power conversion efficiency than a non-OCP one and has more efficient 60-millimeter fans, which adjust speed automatically based on inlet air temperature, according to OCP. The main design principles behind OCP also include getting rid of the uninterruptible power supply and using a 480V electrical distribution system to reduce energy loss that happens during the multiple conversion steps electricity goes through in a typical data center.

Not having to buy UPS units and a simpler electrical supply system may make for a lower cost of deployment (in UPS-less design, the UPS is replaced by a massive battery cabinet). The UPS-less design is optional for Open Compute server deployments. Whether the hardware itself is cheaper to buy for a small-scale customer is questionable, since the number of suppliers that produce OCP server motherboards is limited.

“We’ll work with you on OCP design,” Yetman said. “And if you’re on UPS, you can do OCP minus the battery. If you’re putting in new stuff, you can say, I don’t want the UPS. We have powered shells, and we’ll leave it out."

While he believes Open Compute is the way of the future, he said it will not happen overnight. Most data center managers are skeptical, since UPS systems and infrastructure redundancy in the name of uptime are long-time common practices. As a result, data centers have cooling systems that are at least N plus 20 percent and electrical systems where there is two of everything.

"It’s an insane amount of redundancy,” Yetman said. “This is an example of where OCP can turn the industry on its head. If you look at the Open Rack specification ... you simplify the amount of power supplies that you use. I call it ‘nearly 2N benefit.’" The Open Compute standard brings higher power to the rack itself and splits that power at the rack. All this is optional at Vantage, however. The provider uses UPS systems and will continue to use them, he said.

What makes a colo OCP-ready?

OCP has put out a spec document for deploying its hardware in colos, offering three options: retrofitting standard 19-inch racks, using the Open Rack design (the latter has the same footprint as the standard rack) and using the Open Tack triplet design.

The triplet design can include a battery cabinet which can be used instead of the traditional UPS-based power backup.

A fully loaded triplet rack can weigh more than 5,000 pounds, so users and operators should take care that the data center floor can support the weight. Users going for the battery-cabinet option should also consider weight of the cabinet, which weighs more than 2,220 pounds when fully loaded.

Retrofitting a standard rack for Open Compute servers requires riveting some shelves and side panels from an OCP triplet, installing 208V line-to-line power strips and new power cords to connect server power supply to the new power strips. If the facility supports AC backup power, top-of-rack switches can be powered with 208V. If not, they can use 48V DC power from the OCP battery cabinet, in which case the switches need to have a DC power option.

Facebook did this retrofit at one of its data centers, and the process took about three months from design to deployment.

It will take a handful of early movers

“We’re saying let’s not get in the way of this thing; we’re saying ‘what is it that you want to accomplish?’" Yetman said, adding that the company is working with potential customers who are considering the OCP option. "We understand that not everyone can change overnight. This doesn’t happen in a day, but some people are early movers. Bring in the less pretty looking rack and see which one you like. See which one doesn’t lose a server when the power supply goes out."