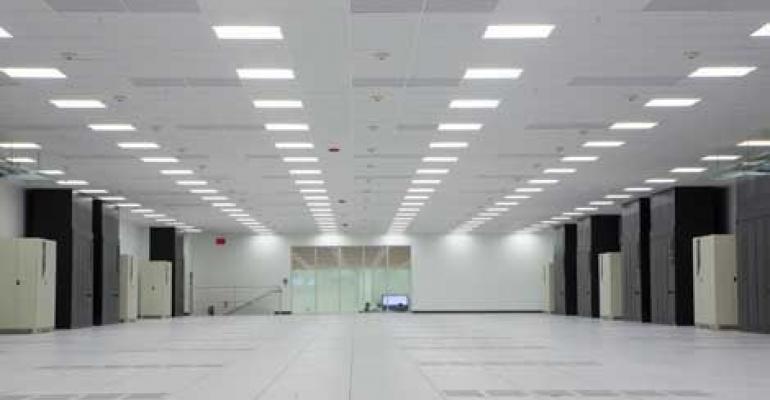 A data hall within the Richardson data center prior to customer installs.
Colocation

On the heels of opening up a second 10,000-square-foot pod comes a third, the expansion schedule moved up thanks to faster than expected growth.

DataBank has accelerated expansion plans in its Richardson, Texas, facility. It recently deployed a second 10,000-square-foot pod at the Dallas-suburb site, and several customer deployments since have the company building out a third one faster than anticipated.

The 60,000-square-foot data center was commissioned in February of 2013 and features 20 megawatts configured in 2N (complete redundancy) for both utility and on-site power generation.

“We have been experiencing rapid growth in Texas, specifically in our north Dallas data center,” said Tim Moore, DataBank’s CEO.  “With several recent large-scale deployments, we positioned ourselves to respond with a timeline designed to meet these expansion requirements.”

DataBank’s strategy to grow beyond its original footprint in Dallas is alive and well. After eight years and nearly filling up 130,000 square feet of data center space in the original DataBank building (which formerly served as the main Federal Reserve Bank office in Dallas), the company began extending its model – first with another data center in the Dallas metroplex in Richardson, and then in other cities around the U.S.

Its first Minnesota location came through acquisition of VeriSpace and its site in Edina, Minnesota. The company recently broke ground on a second, 88,000-square- foot data center in the south Minneapolis suburb of Eagan.

It also has two data centers in Kansas City, where it acquired a company called Arsalon earlier this year. The provider moved up the stack to offer managed services in 2013.