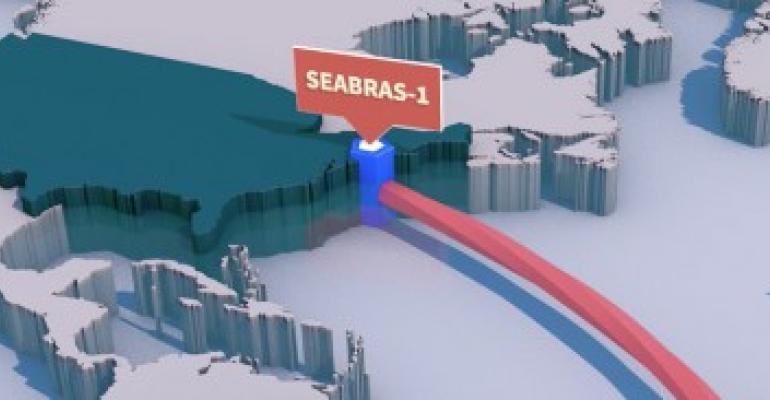 Microsoft has agreed to buy capacity on a fiber optic submarine cable a company called Seaborn Networks is building between U.S. and Brazil.

Microsoft’s commitment assures the Seabras-1 cable system, in the works for several years, will be built. Once completed, the capacity will enable Microsoft to provide higher-performance services in Brazil and the rest of Latin America.

Larry Schwartz, CEO of Seaborn, said Microsoft would be the “foundational customer” for the system. “With their full participation in the system, it is clear that Microsoft is highly committed to delivering the best cloud experience and infrastructure in Brazil and all of Latin America,” he said in a prepared statement.

The cable will link New York and São Paulo. Seaborn expects to complete it in 2016.

It will be the first cable system linking the two countries directly. Other submarine U.S.-Brazil links – there are about five – go through intermediary landing points in Bermuda and Caribbean islands.

Seabras-1 will be a six-fiber-pair system with maximum capacity of 60 Tbps. Earlier this month, Seaborn announced that it had secured agreements for backhaul connectivity from landing stations in New York and São Paulo.

Microsoft has been expanding its cloud services business aggressively, and Brazil is one of the world’s fastest-growing IT services markets. The company launched a brand new Brazil South availability region for its Azure cloud services in June.