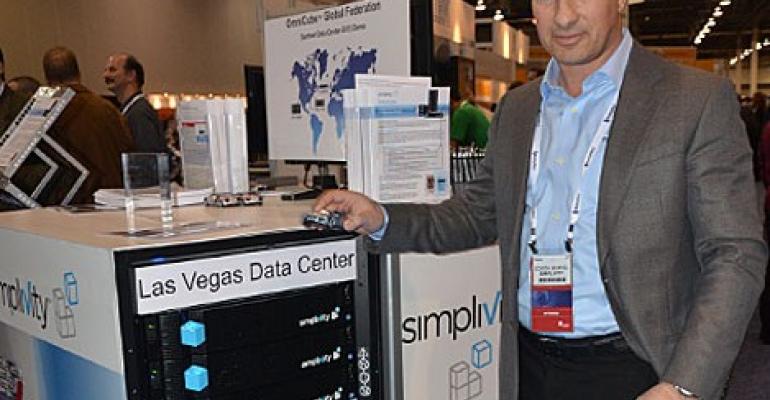 The company says in addition to its own packaging of OmniStack on Dell x86 appliances, offered as OmniCube, it will now provide OmniStack Integrated Solution with Cisco Unified Computing System (UCS) C-Series Rack-Mount systems.

Instances of OmniStack-powered hyperconverged infrastructure within and across data centers form a federation that can be globally managed from a single interface via VMware vCenter.

Doron Kimpel, chairman and CEO of  SimpliVity said that the company "is thrilled with the market’s response to our unique Data Virtualization Platform. We are not the “first to market”, however, we offer the most complete solution. As we engaged with some of the most sophisticated customers and partners across the globe, demand for an integrated solution with Cisco Unified Computing Systems became a recurring theme. SimpliVity is committed to delivering the best of both worlds: on one hand, x86 cloud economics, reducing TCO by 3x; on the other hand, tier-1 enterprise capabilities: performance, data-efficiency, data protection and global unified management. We are pleased to introduce our OmniStack Data Virtualization Platform, now integrated with Cisco UCS C240 rack-mount servers.”

Kempel calls the company's approach Convergence 3.0, as putting the whole stack in one box, including servers, switch, storage, de-dupe and back up, and a WAN function. The company made the announcement at VMworld this week in Las Vegas, where OmniStack fits right into the themes of the software defined data center and hyperconvergence.