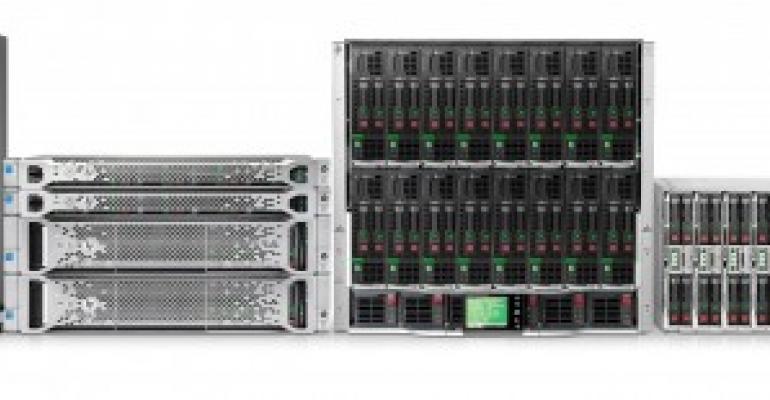 HP launched a new portfolio of ProLiant servers last week, featuring workload optimizations to dramatically increase compute capacity and efficiency. The company said Proliant Gen9 servers will be in sync with the latest generation of Intel processors being released and change compute economics with modular architecture and converged infrastructure.

Leaving its Moonshot servers in a category all their own, HP Gen9 servers span four architectures -- blade, rack, tower and scale-out. HP says that the new generation of servers triple the compute capacity and increase efficiency across multiple workloads at a lower total cost of ownership with design optimization and automation.

The recent IDC global server market report for the second quarter 2014 shows HP continuing as the leading vendor, with its servers accounting for 25.4 percent of all shipments. HP said additional details on the Gen9 portfolio will be announced at the Intel Developers Forum next week.