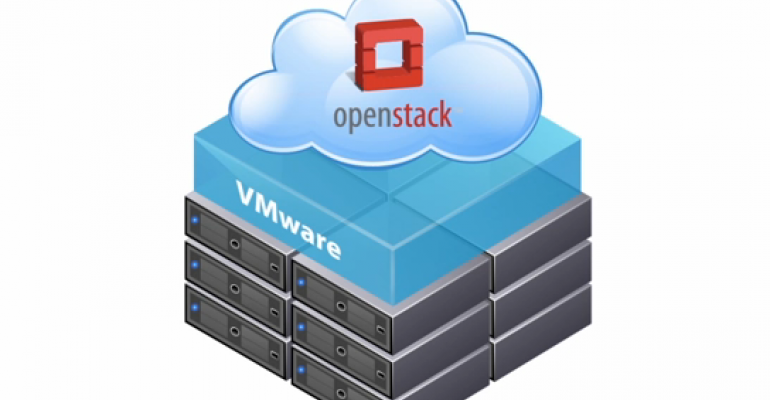 VMware launched an integrated OpenStack solution as a way to augment its larger vision for the software-defined data center and architecture for building private, hybrid or public clouds.
Cloud

VMware launches an integrated OpenStack solution as a way to augment its larger vision for the software-defined data center and architecture for building private, hybrid or public clouds.

VMware launched an integrated OpenStack solution as a way to augment its larger vision for the software-defined data center and architecture for building private, hybrid or public clouds.

VMware recognizes the open source movement for cloud operating systems and the increasingly diverse and dynamic set of technologies used by its customers. Like its other announcement this week to team up with Google, Docker and Pivotal on container adoption, VMware's OpenStack play is just another avenue to embrace the realities of other IT environments and empower VMware architecture within them.

VMware has been involved with the OpenStack foundation for years and it is currently the number 4 contributor to integrated (core) OpenStack projects. Through its 2012 acquisition of Nicira, VMware's Network Virtualization Platform has been at the foundation of many OpenStack production environments.

Going beyond the hypervisor and leveraging VMware's software-defined data center technologies for compute, network, storage and management, VMware also says that operational cost savings will be achieved through quick setup times, and full integration with VMware administration and management tools. Additionally the company says it's OpenStack distribution will help customers repatriate workloads that have been moved to the public cloud by creating a more developer-friendly, yet highly secure and reliable private cloud environment.

VMware says it has also partnered with OpenStack distributions including Canonical, HP, Mirantis, Piston, Red Hat and SUSE to ensure OpenStack offerings work well with VMware infrastructure. The company is running a qualified beta program for VMware Integrated Openstack, with general availability expected in the first half of 2015.

“Creation of an on-site private cloud for agile software development and IT operations, or DevOps, is one of the primary enterprise use cases for OpenStack," said Jay Lyman, Senior Analyst, Development, DevOps & Middleware at 451 Research. "To date, OpenStack implementations still require a great deal of technical expertise to deploy. By using a distribution such as VMware Integrated OpenStack rather than the DIY approach, a customer can have higher confidence that all the components will work together and will get the support they require when needed,"