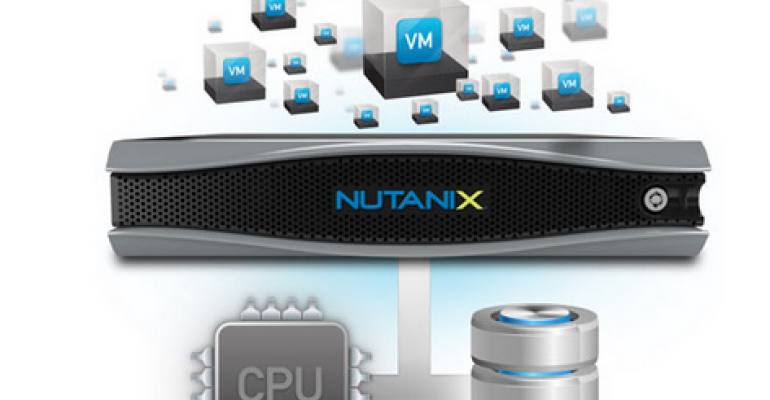 Web-scale converged infrastructure provider Nutanix announced that it has closed on a $140 million Series E financing round, bringing its total to date to $312 million.

Web-scale converged infrastructure provider Nutanix announced that it has closed on a $140 million Series E financing round, bringing its total to date to $312 million. The latest financing round was led by two unnamed premier Boston-based public market investors. Funds will be used to invest in sales, research and development, customer support and marketing.

CEO and co-founder Dheeraj Pandey feels that Nutanix is at war with EMC and others, and that the money they have raised won't add just technology muscle, but also some world-class sales, marketing, distribution, and packaging muscle. EMC's VMware validated the opportunity and the progression towards converged infrastructure in the enterprise with its EVO: RAIL hyper converged infrastructure offering this week. Nutanix is the disruptor, and a popular one, at what it sees as a more than $50 billion addressable market.

The financing round gives an implied valuation at over $2 billion for the five year old startup that also completed a $101 million funding round at the start of this year. At that time Pandey said that it was the last round of private funding prior to issuing an IPO. However, Pandey said in a blog post Wednesday however that the company had raised "an IPO-like amount, at an IPO-like valuation, in a private round with institutional investors who typically buy at IPO time."

“The convergence of servers, storage and networking in the datacenter has created one of the largest business opportunities in enterprise technology, and Nutanix is at the epicenter of this transformation,” said Dheeraj Pandey. “We are proud of the progress we have made, and are confident in capitalizing on the enormous opportunity that lies ahead of us. We recognize the importance of building relationships with leading public market investors, and are honored to welcome them as partners in driving the long-term success of our Company.”

The tremendous success and international growth the company has seen this year validates the large market opportunity that Nutanix is capitalizing on. It's approach to converged infrastructure is centered on intelligent software which ties together the various infrastructure layers and helps drive efficiency, flexibility and speed. Nutanix was granted a U.S. Patent earlier this year for its software-defined storage architecture. The company also recently signed an OEM agreement with Dell to build the XC Web-scale Converged Appliance.