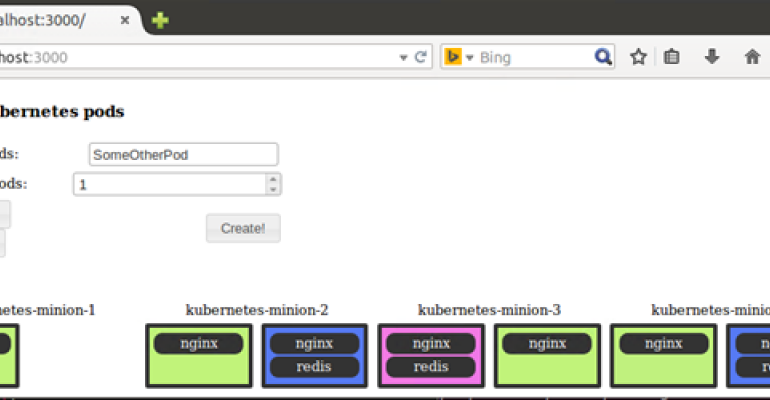 Microsoft announced today that Kubernetes can be used to manage Docker containers on Microsoft Azure. The Azure team has also released the Azure Kubernetes Visualizer project, which makes it easier to experiment with and learn Kubernetes on Azure.

Microsoft Open Technologies promised to bring Docker and Kubernetes support to Microsoft Azure last July. Kubernetes helps manage the deployment of Docker workloads. Docker is an open-source engine that automates the deployment of any application as a portable, self-sufficient container that will run almost anywhere, such as data centers and clouds. The combination of the two provides a commercial-grade, highly available and production ready compute fabric. Docker and Kubernetes recently melded into Google’s cloud.

Key features included in this work:

The Visualizer project was built during Microsoft Hackathon.

“Our project was to build a visualization system for what Kubernetes is doing when managing Docker on Azure,” writes Madhan Arumugam Ramakrishnan, principal lead program manager, Azure Compute Runtime. “The goal was to visually demonstrate some Docker and Kubernetes concepts such as containers, pods, labels, minions, and replication controllers.”